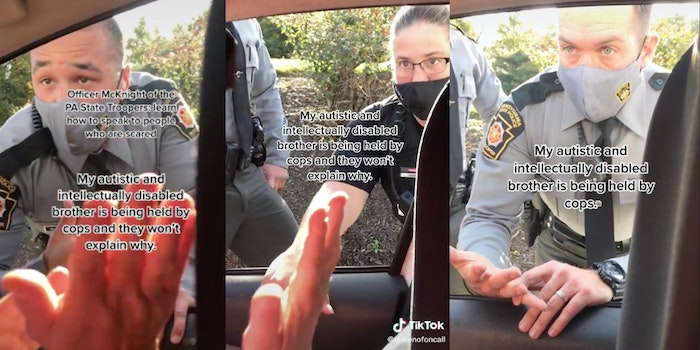 'Keep being irrational, and I'll be irrational, too,' one trooper tells the man's terrified mother.

A TikTok user shared, in several videos, how her autistic and intellectually disabled brother was pulled out of their vehicle and suspected of “fleeing” a traffic stop by police in Pennsylvania.