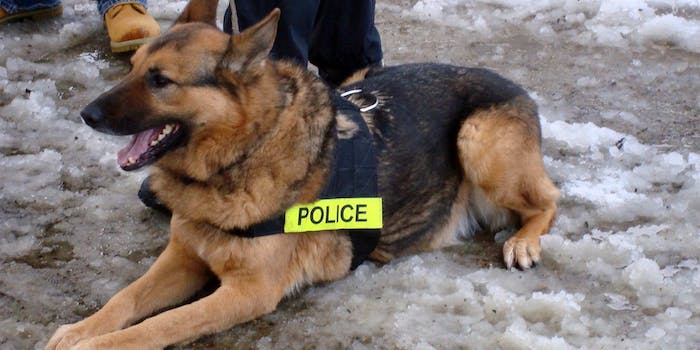 The dog, named Bear, is apparently a rare specimen: there are only five dogs in the country that can smell electronic storage devices the way drug dogs can find cocaine.

But Bear is not the first of his kind.

Bear and Thoreau underwent extensive months-long training, and both found their targets after humans had failed. Thoreau found his target electronic device hidden in a tin box that itself was hidden in a metal filing cabinet.

These dogs are capable of sniffing out microscopic data cards as big as a fingernail.

‟We have a very active computer crimes investigative unit,” Vance said. “The unit is extremely busy and gets busier as time marches on.”

Dogs that undergo this training have been sniffing out digital media for a decade. In 2006, the Motion Picture Association of America (MPAA) used two black Labs to detect counterfeit discs being smuggled into the country.

The MPAA claimed that the dogs worked so well that a group of Malaysian digital pirates posted a reward for their murder.

Worry not, dog lovers: The black Labs lived to sniff another disc—the supposed hit was never verified—and the legion of dogs sniffing out electronic devices continues to grow.