Finally, there are Pokémon sex toys

A Pikachu butt plug, anyone?

We did it, guys. Pokémon has officially infiltrated every niche of society, because now, there are Pokémon sex toys. Sounds like the work of Team Rocket, amirite?

Their “Pokémoan” line features three dildos—”Charmy,” “Squirty” and “Bulby”—based off the aesthetics of Charmander, Squirtle and Bulbasaur, respectively. There’s also a butt plug inspired by Pikachu, and you can get all four in a stylish Pokédex box. Individually, they range from $50 to $69 (nice). 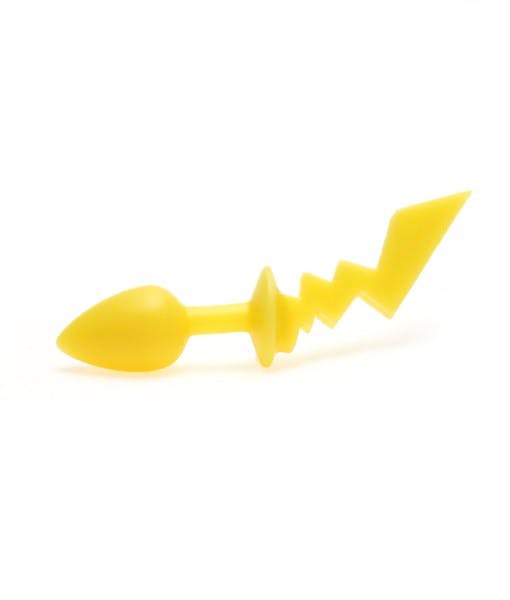 The creators, who go by Emma and Josh, tell the Daily Dot over email that they never intended to get into the sex toy business. “We just couldn’t find the fun geeky themed toys we were looking for, so we decided to make our own.” They had also planned on making Pokémon-themed toys long before Pokémon Go hit everyone’s phone, but once they heard the game was being released they decided to rush production.

“We would have loved to ‘Make em all,’ but we knew that wasn’t possible,” they said. “So we decided to go with the original starter Pokémon,” plus an homage to much-beloved Pikachu. But even with these four designs, they’ve been overwhelmed with orders—there are fewer than 100 left in stock.

Anyway, now’s your chance to use that “There’s a Pokémon in my bed” line and mean it.