Any body is a beach body.

Summer is finally here, and people across the country are showing off their so-called beach bodies. There’s debate over what that term really means, but one fashion blogger wants to settle it once and for all by showing that any body can be bikini ready.

Fat Girl Flow, written by a woman named Corissa, is all about body positivity and finding fashion resources for plus-size women. She says she specializes in helping women on the higher end of the plus-size spectrum who are largely underrepresented.

“Being fat is not exclusive to one gender, sexual orientation, or race, and it doesn’t discriminate based on your physical or mental capacities,” Corissa wrote in a recent post. “Being fat is something people across cultures can experience, and even people who are not fat can identify with body image issues. So why do we frequently see the same body shape and size celebrated in plus size fashion???”

That’s why she launched a project called “We Exist,” asking readers and body-positive women to share photos of themselves in bikinis as the summer season gets into full swing.

“People say things like, ‘It’s OK to be fat as long as you’re healthy,’ or ‘Oh but they carry their weight so well they don’t even look fat,’ but body/fat positivity isn’t just for people who vary slightly from the societal ideal,” Corissa told Bustle. 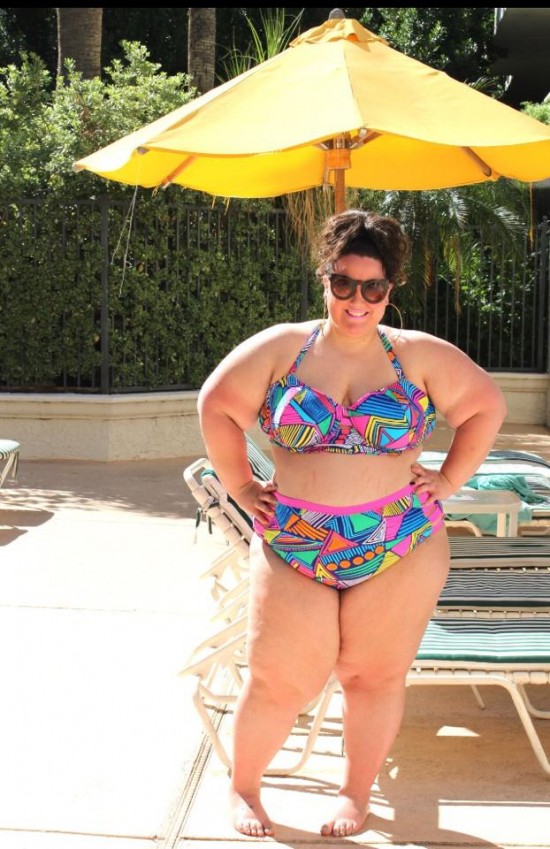 “It’s not just for fatties who are deemed ‘acceptable’ by the rest of the world,” she continued. “It’s for everyone. Every body. And I think we need to make as much space as possible for as many different kinds of people as possible.”