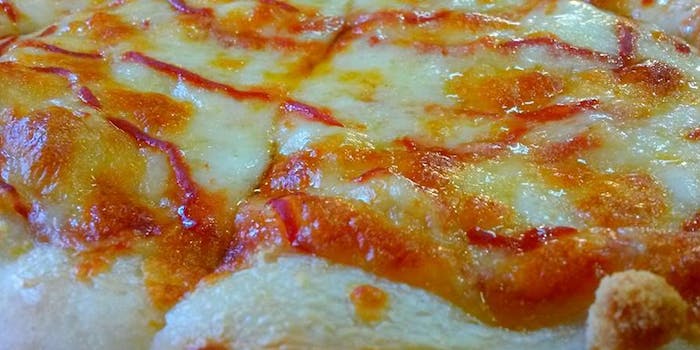 I'll take mine with extra chiaroscuro.

To a connoisseur of the fine arts who also happens to love a good slice of pizza, the work of master craftsman Wilhelm Rodriguez presents a lip-smacking dilemma: to eat or not to eat? Because while his works have got a lot of personality, they look pretty darn tasty, too.

Rodriguez whips up these pies with pizzaz at Papa’s Pizza in Cabo Rojo, Puerto Rico, capturing not just celebrities’ likenesses but popular cartoons, movie characters, sweet cars, personal messages, and local faces with nothing more than dough, tomato sauce, and cheese. Like any Rembrandt worth his palette, he’s even done a self-portrait or two.

When Rodriguez isn’t sculpting mozzarella into a convincing Freddy Krueger for Halloween, he’s lending his considerable talents to the U.S. Pizza Team. (Yes, there is such a thing, and its stated mission is “promoting pizza through sportsmanship.) Check out one of his amazingly choreographed dough-twirling routines below.

My only question: When will MoMA open a new wing for pizza art? Because I would happily fork over $25 to see this Bob Marley pie in person. And then stuff my face with it.