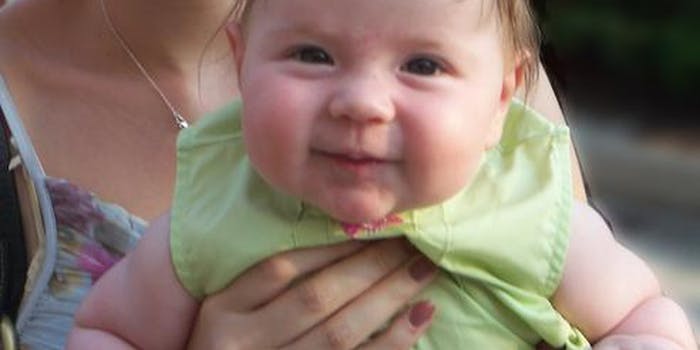 Researchers looked at 800 pins, most of which supported anti-vaccination beliefs.

Pinterest is a great site to collect visual inspiration for everything from weddings to interior design to what you’re going to eat for dinner tonight. But a study in the journal Vaccine suggests that the social media site may also be a wellspring of public health misinformation.

Researchers collected 800 pins related to vaccines and vaccination and found that most of them—75 percent to be exact—contained anti-vaccination sentiments. These included beliefs that vaccines are either ineffective or harmful; some pins also suggested that vaccines are merely a conspiracy concocted by the pharmaceutical industry, the government, or both.

Pinterest allows users to collect links to external websites through images called pins; in other words, none of the content on Pinterest is created by the website itself. Currently, there are over 50 billion pins and over 100 million users using the site.

That’s a reasonably large audience, but given that Pinterest shows users pins based on their previous searches, pins, and profiles they follow, it does not necessarily mean most people interact with any vaccine-related content at all. If someone uses Pinterest strictly for wedding planning, for example, pins about vaccinations may never appear on their dashboard. However, if someone follows parenting-related profiles, it’s possible he or she might see vaccine-related pins.

Jeanine Guidry, a Ph.D. candidate at the Virginia Commonwealth University who led the study, told the Daily Dot that many Pinterest users are mothers and that mothers generally make healthcare decisions for the rest of the family. She expressed concern that, even if users aren’t specifically searching for vaccine-related pins, they may still come across them through other parenting-related Pinterest topics, like toddler lunch ideas or recipes for homemade baby food.

Pinterest doesn’t have timestamps or other ways for researchers to collect data randomly, so Guidry had to resort to searching for pins related to the words “vaccine,” “vaccination,” “vaccinate,” and “vaccines.” She picked every fifth pin to get her sample, which led her to find that about 75 percent of her sample were anti-vaccines.

It is worth noting that Pinterest’s search results are based on whatever pins are most popular at that time, so the population of pins may change. Nonetheless, Guidry felt that the presence of so many anti-vaccination pins is disconcerting. Parents who are ambivalent about vaccines can be easily swayed by anti-vaccination sentiments for several reasons, she explained. Most parents will never interact with the diseases vaccinations prevent, like measles or mumps, so it may make it more difficult for parents to truly understand the benefit of vaccines.

Additionally, according to Guidry’s results, anti-vaccination pins were more likely to make use of narratives to drive their message home, such as photos of sick children or stories about negative side-effects a child experienced after getting vaccines. Pro-vaccination pins, on the other hand, were more likely to cite statistics and other mathematical proof that vaccines work. However, studies show that people respond more strongly to narratives than statistics, Guidry explained. It’s hard to sell a compelling story about a child who got their vaccine, suffered no ill effects and never got sick from measles.

It is also worth noting that there are many ways that a person who is on the fence about vaccinations gets swayed and social media is just one small part. Still, there is a possibility that the articles and websites these pins link to do reinforce anti-vaccination beliefs. For example, studies of Facebook suggest that people—particularly those who buy into conspiracy theories—are more likely to construct and maintain echo chambers of people who believe the same things they do on social media. Worse yet, once those beliefs become entrenched in a person’s mind, it’s very hard to dislodge them.

Social media websites may find themselves at a crossroads when it comes to such content. Should they censor content like anti-vaccination claims, climate-change denial, and other anti-science sentiments or let them be?

“Pinterest is a place for ideas and sometimes those ideas are controversial. A search for vaccination on Pinterest surfaces top results based on real pinner searches which currently includes varied information on the issue,” Christine Schirmer, a spokesperson for Pinterest, wrote in an email statement to the Daily Dot. “We remove pins that violate our policies and are vigilant against allowing ads that make medical claims but these general informational pins don’t fall into that category.”

Guidry clarified that she does not think social media platforms need to jump into the fray, explaining it’s not their responsibility to decide what level of censorship they need to enact upon their users. “There is no way to really regulate [censoring content] because if you do that, where is the end?” Guidry said. “I think that’s a really difficult thing, but we live in a society that values free speech.”

However, she added that it is important that the users of social media take responsibility upon themselves to vet where their information comes from. And for those posting and sharing things like anti-vaccination pins, she pleaded for some consideration. “This is something that affects the health and wellbeing of children, so use that information wisely,” Guidry said.