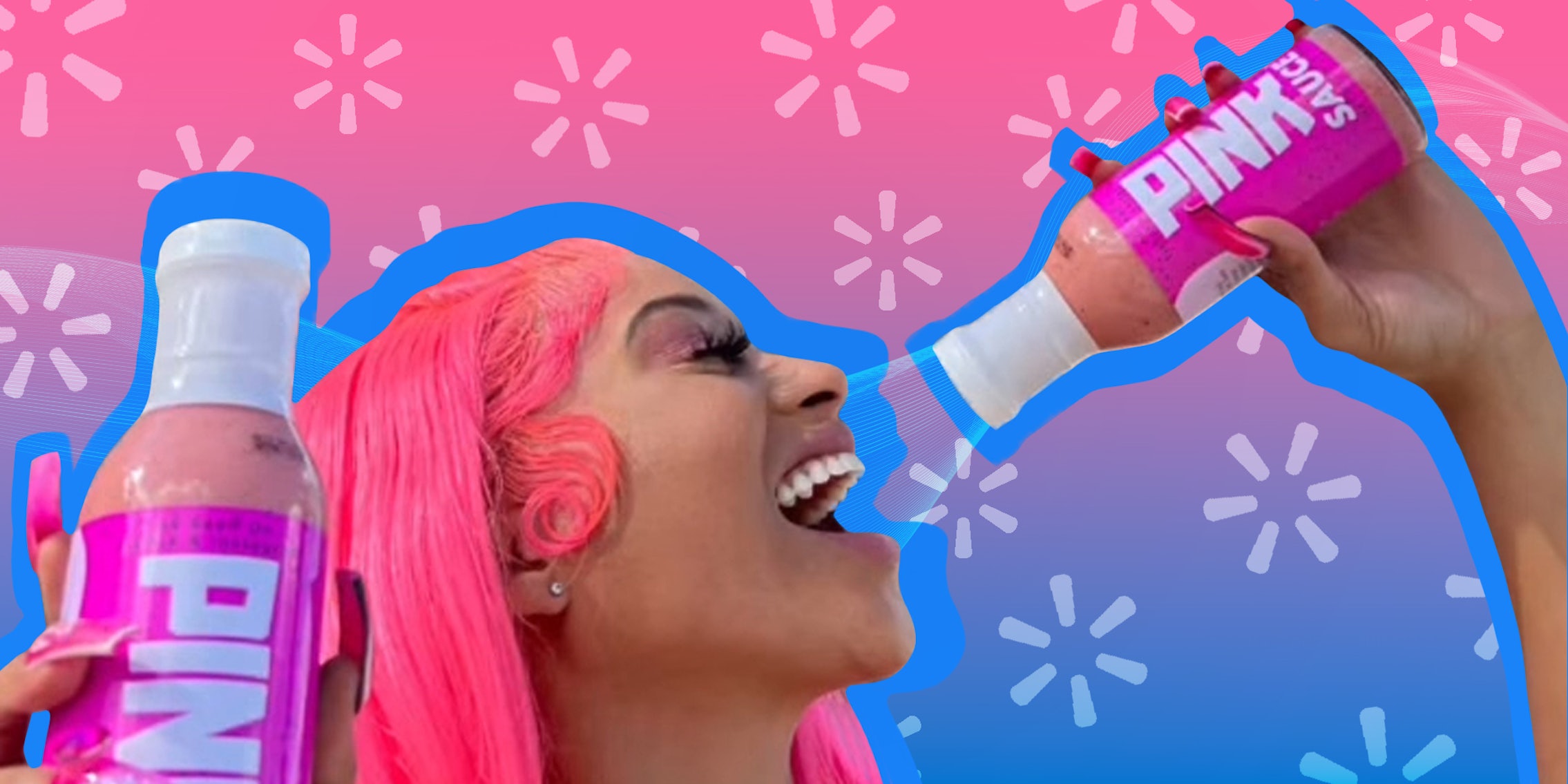 You can now get TikTok’s viral Pink Sauce at Walmart

The viral sensation is back—and FDA-approved.

Remember that viral “Pink Sauce” which took over TikTok and Twitter in July 2022?

The fluorescent condiment, which amassed millions of TikTok views when it was first mentioned on the app back in June 2022, is set to roll out in no less than 4,300 Walmart stores all over the United States after Chef Pii, the creator of the sauce, entered into a partnership with Dave’s Gourmet LLC.

This comes nearly six months after the sauce became embroiled in controversy over the safety and distribution of the product.

After the Pink Sauce went viral in June, Chef Pii (@chef.pii) shipped bottles of the product from her own online store. However, as previously reported by Passionfruit, concerns and complaints soon came flooding in.

Some viewers pointed out that in earlier videos, the sauce didn’t have a nutritional label. Others expressed concerns that the product appeared to be prepared in a home kitchen and would sometimes range from hot pink to baby pink in color. Purported customers on both TikTok and Twitter also complained that bottles of the sauce they ordered arrived spoiled or damaged.

“I guess when you’re great, you can’t make a mistake, but, I mean, yeah. My team is working quickly to fix the issues,” Chef Pii said in a July 2022 interview with Passionfruit. “We had some delays with getting into our facility and stuff like that. We had shipment issues. However, we’re working rapidly to fix all the problems.”

According to a press release provided to Passionfruit by a spokesperson for Dave’s Gourmet, this is where the hot sauce brand came in.

The product, the release adds, is being produced “on a commercial scale” in accordance with U.S. Food and Drug Administration’s guidelines in a Safe Quality Food [SQF] certified facility.

But that doesn’t mean Chef Pii hasn’t been busy. According to the release, vegan and vegetarian versions of the infamous sauce are now also being produced after Chef Pii developed the recipe “in her Miami kitchen.”

Passionfruit reached out to Chef Pii and Walmart for comment via email and did not hear back in time for the publication of this article.