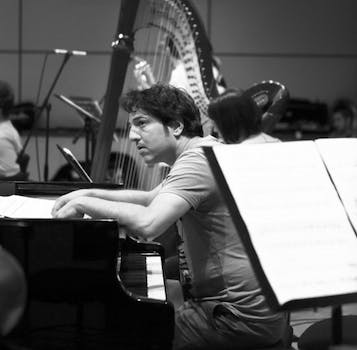 Say, 42, faces up to 18 months in prison for tweets he sent in April insulting Muslim prayer and forbiddance of alcohol. He has since deleted his official Twitter account.

He is officially charged with “inciting hatred and public enmity, and with insulting ‘religious values,’” the Associated Press reported.

A classically trained pianist and composer, Say has won five different international awards. He wrote his first sonata at the age of 14 and has since published more than 50 original songs, operas, and concertos. In recent years, Say has also developed into an outspoken atheist who has become disenchanted with his country’s strong Muslim beliefs.

“Even though we speak the same language, we don’t understand each other. The best thing to do here is to stay away for some time. Where I want to go is Japan, but I don’t know if I can do it,” Say told the Anatolia News Agency in April. “[Living there] means having to reduce the number of concerts [I give] in Europe and Turkey. And of course I want to see my daughter grow up, and she will stay here [in Turkey].”

Say’s case has inspired protests around the country among intellectuals who believe he should be able to express his religious opinions freely. Hundreds of supporters reportedly turned up to the courthouse in Istanbul.

Say is expected back in court on Feb. 18, and has since been released to continue performing.