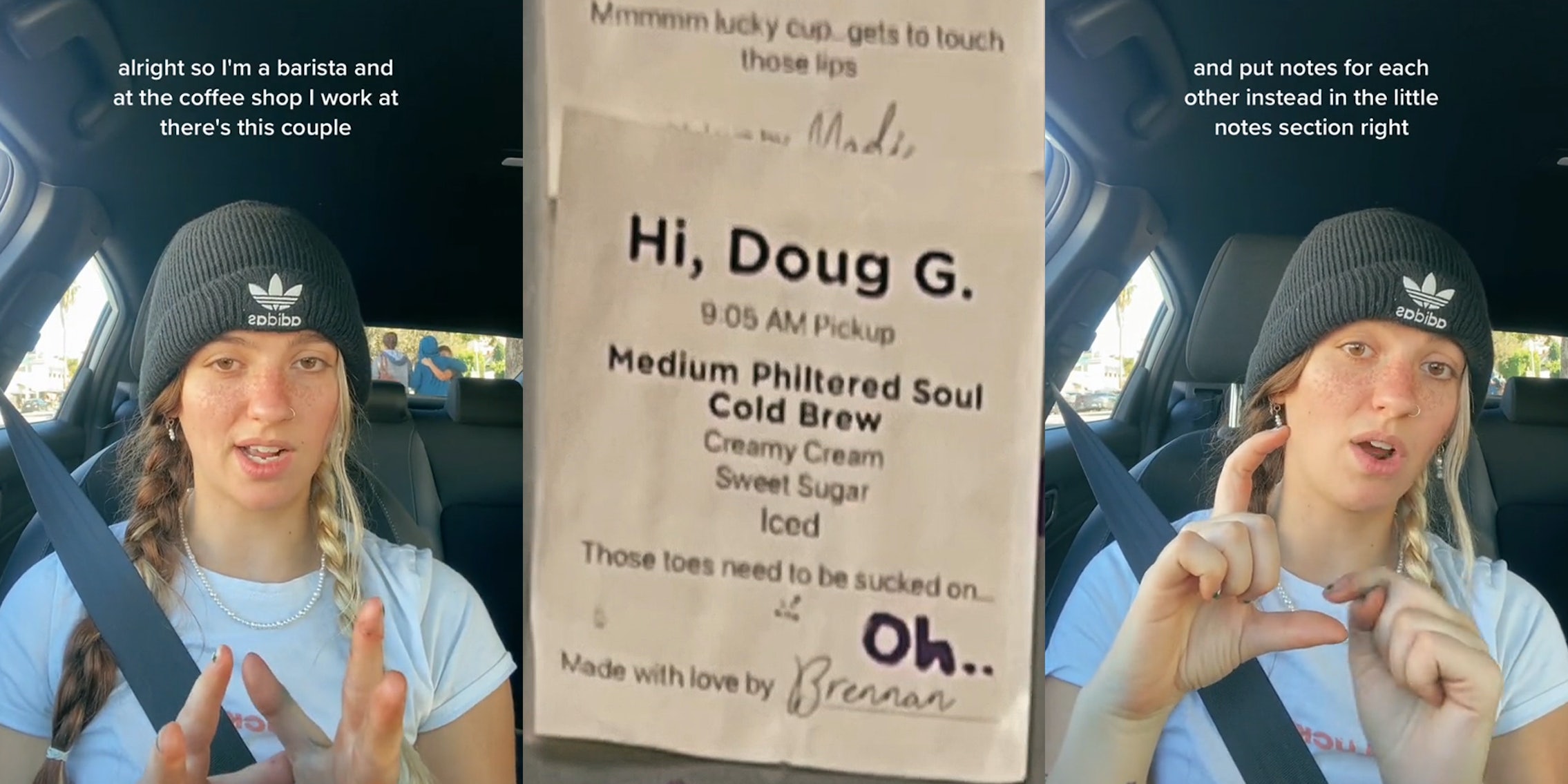 ‘This has to be their kink’: Philz Coffee barista says couple uses online orders to send inappropriate notes to each other

At most restaurants, customers placing an order online have the option to add a note. Often, this note is used to clarify specifics of the delivery process, emphasize the need to remove an allergen, or otherwise provide information to the restaurant.

That said, one TikToker has sparked discussion after claiming that a couple at her coffee shop is using order notes for something else entirely.

In a video with over 459,000 views, a barista named Aimee (@aimeevant) says a couple has been leaving each other salacious messages in the notes of their online orders.

“They decided to leave little to the imagination,” Aimee says in her video.

In the video, users can see a sampling of some of the notes the couple has allegedly left for each other. The notes include messages like, “Those toes need to be sucked on,” and, “Can’t wait for more YouTube moves.”

The video concludes by revealing that the staff has a collage of the notes on a wall outside of the customers’ view.

Some commenters speculated as to why the couple has chosen to do this.

“I think they’re messing with you,” one user offered.

“Oh those people are definitely having an affair,” a second accused.

“Liike this has to be their kink,” another suggested. “they must know you can see.”

The ordering appears to take place at a Philz Coffee store. According to commenters, the couple is well known across Philz Coffee locations.

“I USED TO WORK AT PHILZ AT SOUTH COAST PLAZA AND WE HAD TO TELL HIM TO STOP WRITING INAPPROPRIATE STUFF,” one user alleged.

“THEY COME TO PHILZ SOUTHCOAST TOO AND DO THE SAME THING TO US OMG,” another echoed.

Aimee clarifies in comments that her store only tends to get one half of the messages, with the other person’s messages being handled by a different location.

While many saw humor in the situation, a few commenters noted that employees should not have to be subject to the intimate details of their customers’ personal lives.

“Honestly.. I feel like the manager should deliver at drop off & say it’s against policy,” one commenter stated. “Y’all didn’t consent to be a part of their foreplay.”

“No literally,” a second agreed. “like once is funny but they know what they’re doing …”

The Daily Dot reached out to Aimee via Instagram direct message and to Philz Coffee via email.