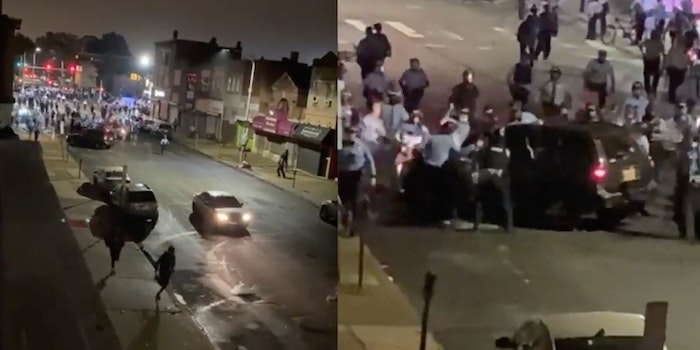 Local police tells the Daily Dot it's aware of the incident.

A video circulating on social media shows a troop of Philadelphia Police Department officers rounding up around a car, smashing its windows, and dragging out someone from inside before they push them to the sidewalk and beat them.