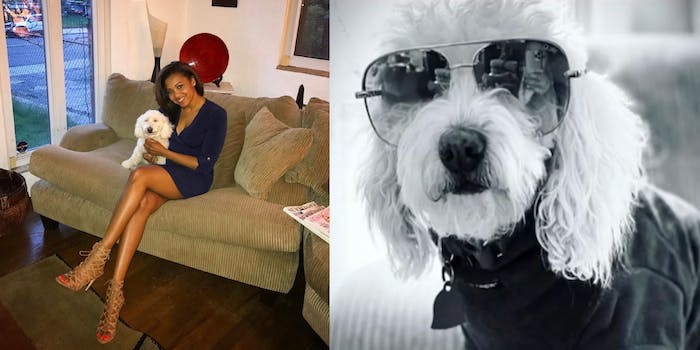 Four workers have been charged for their alleged roles in Kobe's death.

Julie Miller, Shaphan Stonge, Elizabeth Doty, and Heather Rowe were charged with a number of offenses, People reports, for their alleged roles in the pooch’s death.

Kobe’s owner, CBS Sports reporter AJ Ross, told People she dropped her dog off for a nail trim on Nov. 17. Though she asked to stay with her pup during the grooming session, she said employees told her that, due to COVID-19 restrictions, she wasn’t allowed in the salon.

“I thought, ‘He’s not getting the full works,’” Ross told the Pittsburgh Tribune-Review. “Everything will be OK.”

She went to a nearby Walgreens to make a purchase instead. Upon returning to the PetSmart, however, she said she heard an employee ask for a manager to the grooming area. Minutes later, the manager escorted Ross to the salon, where Kobe laid motionless on the grooming table.

“He looked lifeless,” Ross told People. “He didn’t even look like he was breathing.”

Surveillance footage from the store reportedly shows Doty and Miller putting tethers around the dog’s neck, causing him to become suspended above the table at one point. After Kobe went limp, two managers—Rowe and Stonge—then entered the grooming area and rubbed the dog on the table, according to a criminal complaint.

PetSmart reportedly fired all four employees; the store also launched an internal investigation into the incident.

Ross, meanwhile, said PetSmart offered to help her get a new dog, but she declined. “I haven’t taken them up on that offer,” she told the New York Post. “He meant everything to me. I don’t have children, so he was like my child. He was literally like my shadow. Life without him has been weird because he was ever present.”

Ross shared an interview she did with a local news outlet to her own Instagram account on Thursday.

“PetSmart Killed My Dog,” she wrote in the caption of the post. “My horrific experience at PetSmart has been excruciating to recap publicly. But I sincerely hope in sharing my story it will lead to better grooming training practices and increased transparency and oversight; so no one else has to endure a pain like this.”

The Daily Dot has reached out to the local police department.