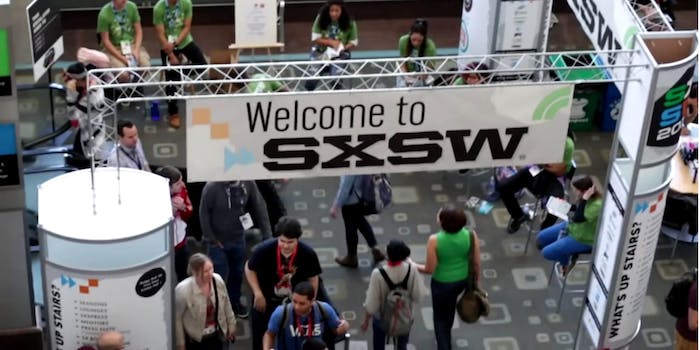 The two-week long festival is known to bring in hundreds of thousands of people from across the globe.

A petition is calling for the South by Southwest (SXSW) festival in Austin, Texas, to be canceled over the coronavirus outbreak.

Posted to change.org earlier this week, the petition argues that the annual attraction poses a danger due to the “hundreds of thousands of people” it draws from all over the world.

“I believe that having an event like this is irresponsible amid an outbreak,” Shayla Lee, the petition’s author, writes.

Since appearing online three days ago, the petition has already gained more than 8,000 signatures. The festival is set to begin on March 13 and lasts for two weeks.

The petition, which aims to gain a minimum of 10,000 signatures, is addressed specifically to The Centers for Disease Control and Prevention (CDC), Texas Gov. Greg Abbott, Austin Public Health, and the SXSW festival.

Supporters of the petition expressed similar concerns and even accused the city of putting profits over public health.

“Better safe than sorry. We are not equipped to deal with the public health issues we have already,” wrote Tammy Wallace. “Why put anyone else at risk? Our first responders don’t need the extra workload, nor our hospital systems.”

Another signatory, Levon Schwartz, argued that even though SXSW is beneficial to his business, public safety should come first.

“I’m a musician and a game developer. SXSW is good for my business. I’m also a new father,” Shwartz wrote. “And I’m asking you to help stop the show this year.”

Even on the official SXSW Twitter page, users were quick to condemn the festival for going forward.

In a statement to KXAN, the festival said it was increasing “efforts to prevent the spread of germs per Austin Public Health’s recommendations” and that it will “continue to monitor the situation closely and will provide updates as necessary.”

Countless events across the globe have already been canceled due to the disease, including a Google conference in Las Vegas as well as the 2020 Geneva Motor Show in Switzerland. Even K-pop band BTS canceled tour dates over concerns about the coronavirus.

Current statistics show 87,470 confirmed cases worldwide, with a death count of 2,990. One person died in Washington state, marking the first death linked to the coronavirus in the U.S.