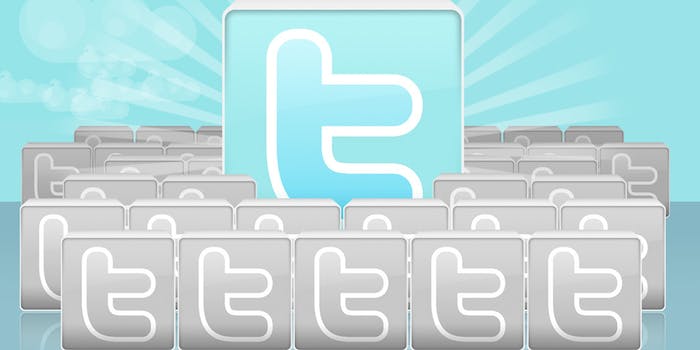 Now you can immortalize your tweets in wood and metal

Just in case favoriting your own tweets isn't enough.

They say that nothing you put on the Internet can ever be erased. Now a new company is taking this to the next level.

#PermanentRetweet, based in Austin, Texas, is offering to make any one of your tweets a permanent part of your real-life persona. For $20, you can have your tweet etched into a piece of wood; for $5 more, you can have it engraved in metal.

“It was originally inspired by my wife’s frustration with how distracted I get by Twitter, as she put it ‘looking at your phone instead of being here in the real world with us,'” founder Brian Thompson, a “branding professional,” told Yahoo News.

Preserve your favorite tweet for all time as a physical art object with a #PermanentRetweet http://t.co/CAV0GlvqD0 pic.twitter.com/liuzr3Hrg7

We’re wondering how one of the most historic tweets out there, Ellen DeGeneres’ Oscar selfie, would look as a metallic carving.

Here are some other tweets worth preserving for eternity:

1) Dallas police chief David O.Brown, who uses Twitter to publicize the firings of officials in the police department.

I have terminated 911 Call Taker Moises Limon today for driving while under the influence and not reporting his arrest to his supervisor.

2) U.S. Olympic bobsledder Johnny Quinn, who tweeted a photo of himself stuck in an elevator during the Winter Olympics in Sochi, Russia.

3) Film critic a.o. scott’s tweet that praised Inside Llewelyn Davis, which was used (without permission) by producer Scott Rudin as promotional material..

You all keep fighting about Wolf of Wall St. and Am Hustle. I’m gonna listen to the Llewyn Davis album again. Fare thee well, my honeys.

Additionally, anything at all by Drunk Hulk should not only be engraved onto any material possible, but also placed into a museum.

ARTIST VOMIT ON CANVAS AND CALL IT ART! BUT WHEN DRUNK HULK DO IT! MUSEUM CALL IT PROPERTY DAMAGE! AND POLICE SHOW UP!

And, of course, there is this little gem from yours truly that I feel would truly class up any living room (or toilet).

Most people make it a point to cut their fingernails for appearance purposes. I cut mine so that picking my nose will be less painful.