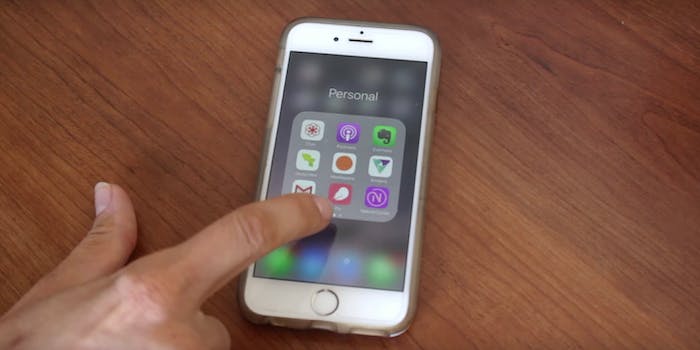 As many as 95 percent of period-tracking apps have inaccuracies. Here's why.

Many women use period-tracking apps to keep tabs on their their menstrual cycles and reproductive health, among other health symptoms. But new research suggests that most of these apps are not designed to help women but rather for “intimate surveillance.”

There are more than 100 different period tracking apps available in both the Apple Store and the Google Play Store. These apps, according to Vox, track women’s reproductive health in a linear and limited way. For example, many of them are not equipped to account for pregnancy, short menstrual cycles, and other specific medical exemptions.

The apps often do not allow users to opt out of information about fertility and pregnancy either, as was the case for scholar and Ph.D. candidate Maggie Delano.

“They are yet another example of technology telling queer, unpartnered, infertile, and/or women uninterested in procreating that they aren’t even women,” Delano told Vox.

As many as 95 percent of period-tracking apps have inaccuracies, according to a research study by the Columbia University Medical Center. After investigating 108 period-tracking apps, the report concluded that “few [apps] cite medical literature or health professional involvement.”

The inadequacies among the vast majority of the apps suggest that data collection isn’t for the benefit of the women using them but for the surveillance and marketing research of women who either fear or desire pregnancy.

“People are realizing, oh, women or cycling people spend money on things and we want money from them,” Delano said. The information is used for market research in the two very different demographics. By doing this, businesses are able to “simplify highly personal and subjective experiences to commensurable data points,” according to a paper in the Iowa Law Review.

Tiffany suggests that women who can avoid tracking their health through apps should do so. “If you desire pregnancy or fear pregnancy, someone can make money off you,” Tiffany wrote. “If you don’t, well, don’t bother tracking your health. It isn’t worth anything.”

Read the full report at Vox.