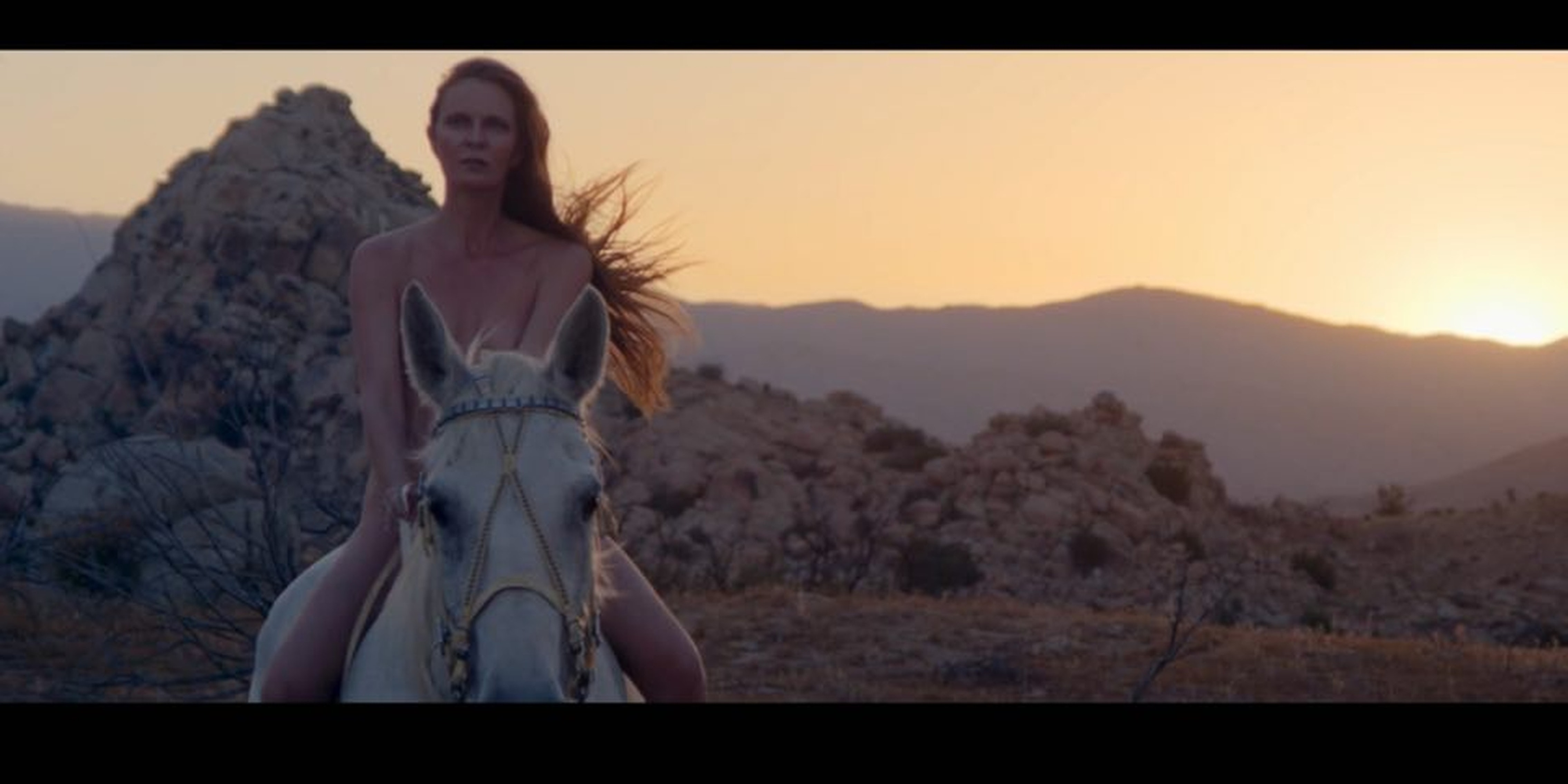 The explicit video aims to 'make the male chromosome shrivel.'

Imagine yourself, if you will, in a surreal desert landscape where the heat and the sun’s glare are tempered only by the musky ejaculate and cooling absorbency of a thousand vaginas.

As I interviewed the directors of the video for “Rub,” a typically filthy, porny Peaches hit, the video kept disappearing from YouTube only to reappear moments later. It’s not difficult to understand why: “Rub” is about 10 times as NSFW as “Blurred Lines,” abundant with genitalia that flings, flies, and flaps its way through the Joshua Tree set. At one point, a blue, Muppet-like feather boa is drawn slowly out from a pubic mound the way a magician pulls an endless series of silk scarves from a sweaty palm.

At its core, however, “Rub” is a dirty, juicy celebration of women’s hot bodies. All kinds of women are represented— from fat to thin, weathered butch to cock-and-tits wielding trans girl. There’s even an appearance by a giant natural rock formation whose slab wall has grown its own vulva over centuries of being carved out by rain rivulets.

Good luck catching the “Rub” video on YouTube in its original form, but the uncensored glory can be watched on Vimeo. When the Daily Dot asked co-director A.L. Steiner about the video’s repeated disappearance from YouTube, she blithely responded “Censorship RULEZ” (sic) and referred to “the psychosis of patriarchy” that has been “terrorizing us worldwide for eons.” 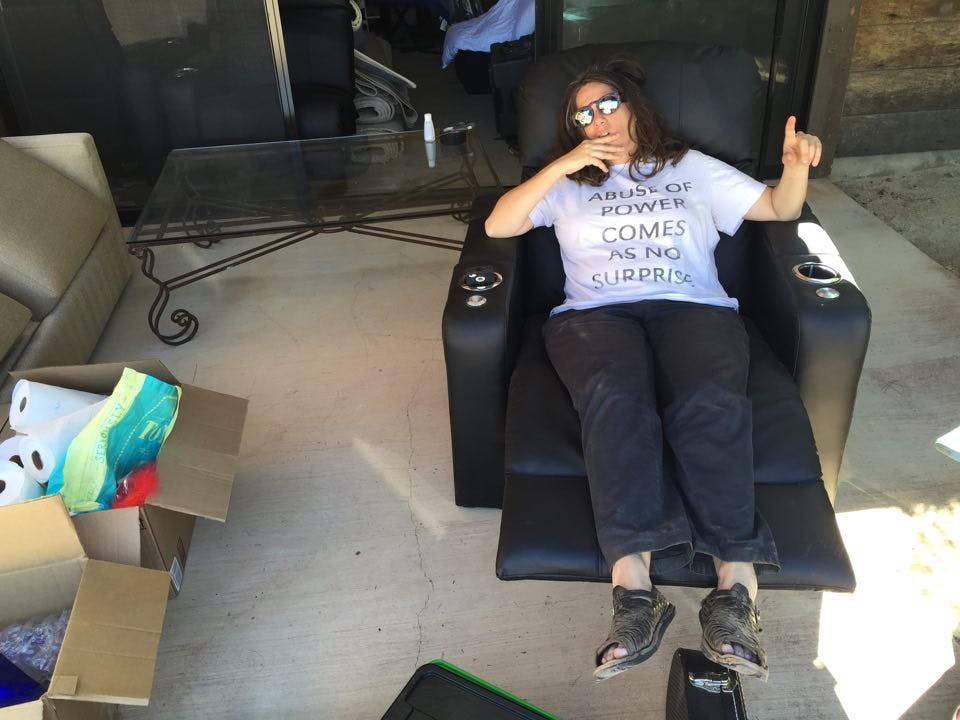 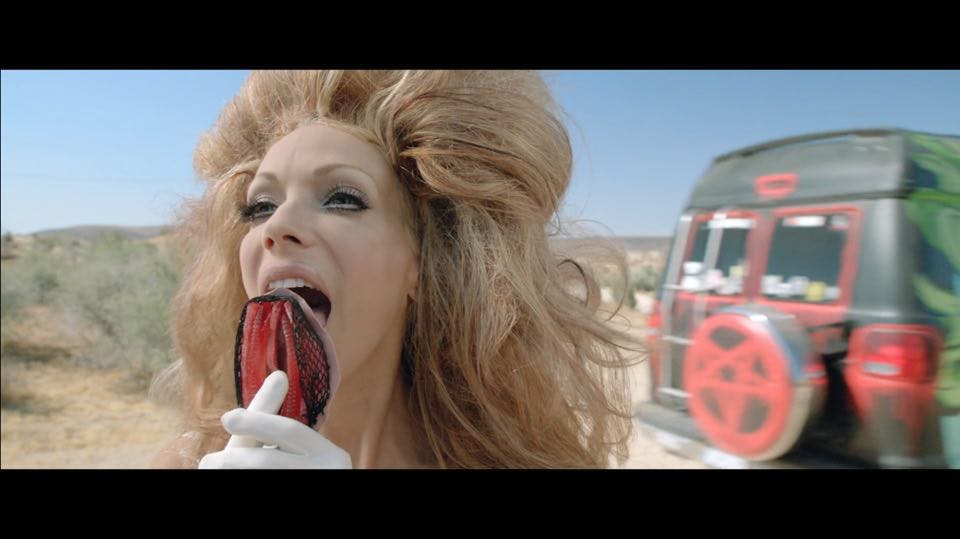 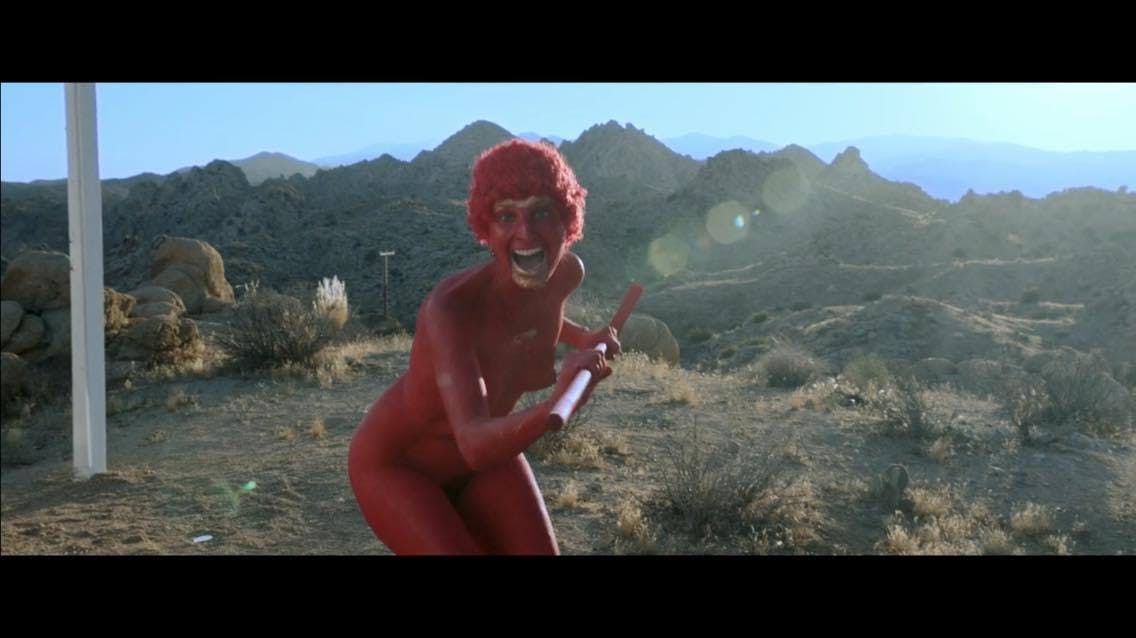 In the end, the scene was replaced with a group pee. But the orgiastic vibe remained—and while the video may culminate in a golden shower, its most memorable moment revolves around a woman using her teeth to pull a fluffy, blue Muppet-like object out of a vagina. When asked to describe what was happening there, co-director Steiner went freeform.

Indeed, holes are everywhere in the video. Despite the vag-tastic video concept, Director of Photography Moira Morel told the Daily Dot that the inclusion of the vagical rock formation was a total accident.

“Without a guide or a map, we managed to find ‘The Queen of the Desert’ (aka Vagina Rock) in an entire desert of boulders, just in time to shoot the scene and make it back to the ranch to shoot the rest of the day,” said Morel. “Our lesbian third eyes must have led us to it, or maybe it was The Goddess.” 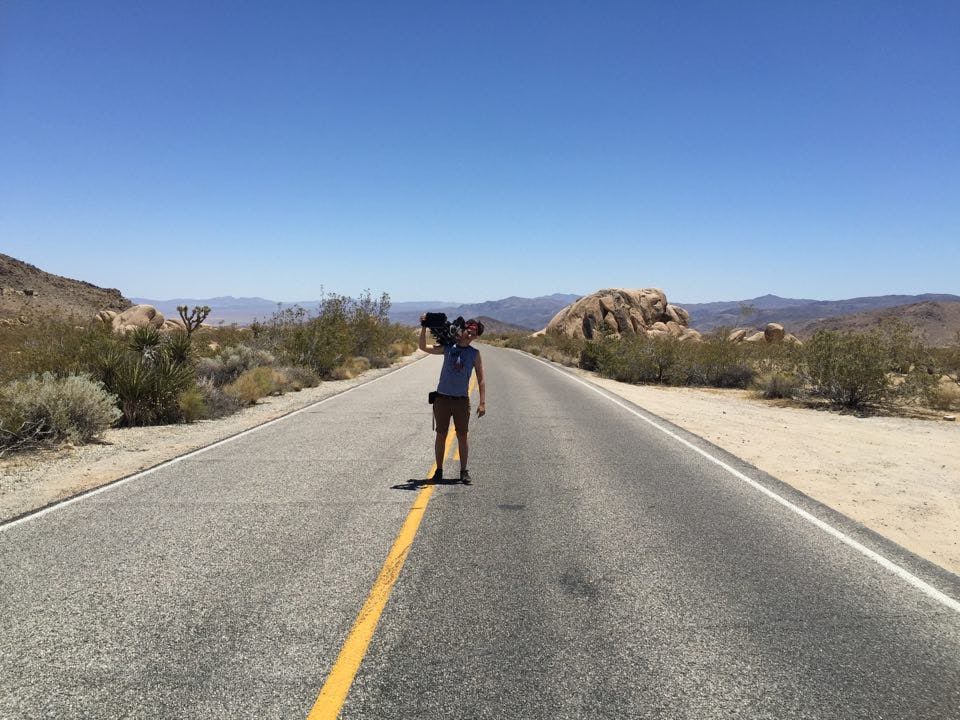 Morel said the two-day desert shoot in Joshua Tree was inspired in part by John Waters and “a less misogynistic Alejandro Jodorowsky,” referring to two film directors. Though the shoot was hectic—picture 37 women rushing back and forth to frame and light a writhing orgy—the directors are proud that the entire effort was kept in the family, as it were.

“In Peaches videos, there’s women involved on both sides of the camera,” Vaughn told the Daily Dot. “A lot of women on the set had never worked with a female gaffer or a female best boy.”

True to form, the woman-led production resulted in a distinctly lesbian sex gaze: bodies are real, bodies are sweaty, bodies are sometimes a little scary, there’s hair in people’s teeth, and there’s even a Lady Godiva-esque fantasy woman naked on a horse.

Knowing that the “Rub” video would likely be censored immediately upon arrival, the directors had a pixelated version video made. Don’t bother watching it: The point of “Rub” is to stare deep into the vagina until you see your soul staring back at you. A pixelated, blurry dark area in the middle of a gleaming, dripping physique just isn’t the same. 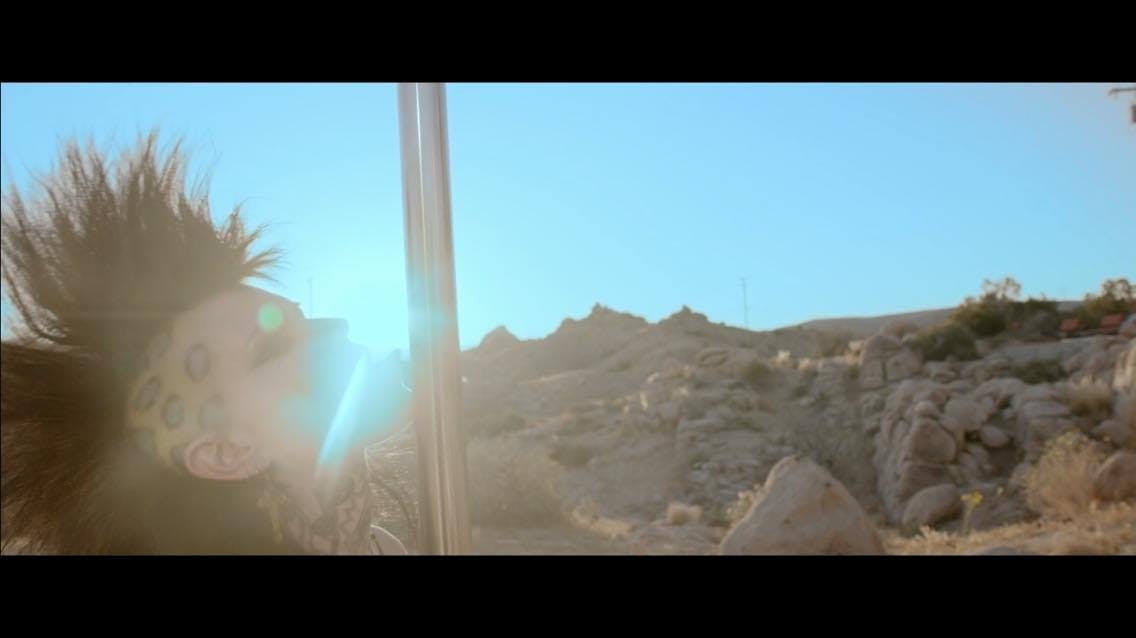 The blatant power of the female body was put to good use behind the scenes as well as in front of the camera, according to Vaughn. It seems that when you get that many women together in the desert, not all the action makes it into the scene.