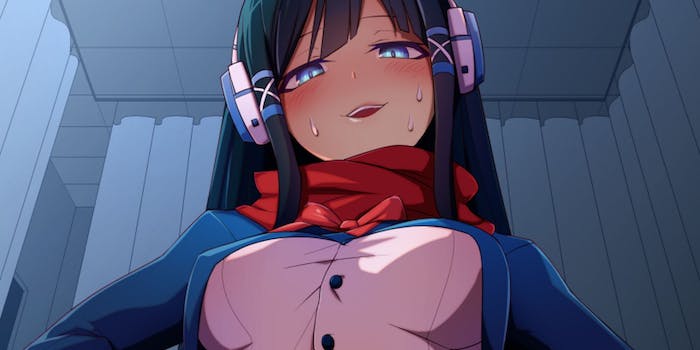 Adult anime artists say they’re at risk of having their content removed on Patreon after a popular illustrator was suspended from Patreon.

“In order to make them look like adults, the face is the most important part—so even if it’s a stylish option to make your characters look innocent and sweet, you should always bear in mind that this also makes them look younger,” the Patreon staff member allegedly said in the message.

“Patreon has been consistently lowering the standard when it comes to ‘forbidden material,’ with usually deliberately vague language to give them room to maneuver,” BobBQ said. “Which is fine for them and their legal team/Trust and Safety but poor for aspiring artists and creators wanting to build a living off what they make.”

Japanese media critic Haru Nicol told the Daily Dot that the policy on anime characters is xenophobic, racist, and extremely cisnormative. While they admit that lolicon, shotacon, and other forms of illustrated child sexual content is “an issue and should be dealt with,” Nicol criticized the “Draconian way” Patreon is approaching adult content.

“The wording seems to just focus on a reductive view of what a woman looks like,” Nicol said. “[It] focuses on euro-centric views on femininity. Japanese women do look young to a western person, so that ruling is xenophobic/racist.”

An Asian creative who requested anonymity called Patreon’s reply “weirdly creepy” and was uncertain if the response actually came from Patreon or a staff member. Nonetheless, they expressed criticism of the alleged policy.

“I do think this general attitude is very linked to white people’s inability to tell East Asian people’s age,” they said. “I’ve seen a lot of people just straight up go ‘anime as a medium is for pedophiles,’ which really sucks, but at the same time there are [pedophiles] (in the west as well) who are reaaally way into the creepy stuff. But on yet another hand, this ban—if accurate—is pretty xenophobic.”

Individual perception is highly subjective. For example, Waero claims Patreon deemed their depiction of Astolfo from Fate/Grand Order as underage content. In reality, Astolfo is a feminine male character, hence his shorter hips and narrow chest. Waero’s other Pixiv illustrations depict characters who are over 18 in canon artwork but may fit Patreon’s criteria for suspension, such as the artist’s depiction of the 19-year-old Crimson Avenger from online role-playing game Elsword.

Patreon’s decision is further complicated by the fact that Waero’s Pixiv does depict young characters in seemingly suggestive, and even sexual, contexts. One image features Laby from Elsword blushing, arms crossed, and her hips slightly sticking out in a sundress. Another called “Little Kama” shows a young Kama from Fate/Grand Order in a bikini licking a popsicle. Based on the game’s lore, the artwork appears to feature Kama as a child.

Both the anonymous creative and Nicol expressed concern at the non-18+ portion of Waero’s portfolio. While Waero’s explicit adult artwork largely deals with adult characters, some more ambiguous options have been thrown into the mix, too. One animated series features Etna from Disgaea, long considered a lolicon-coded character. Another depicts vaginal sex with Nephtim from World Flipper, and a third shows a naked Sopdet from Puzzle & Dragons, both of which appear underage.

To that extent, moderation is certainly understandable; in many U.S. states, sexual illustrations of fictional minors is illegal. What isn’t understandable is Patreon’s vague guidelines, which are rooted in normative perceptions of white, cisgender, ablebodied women. Using bigotry to shut down illegal content both harms marginalized people and threatens adult artists’ livelihood.

In mid-February, Patreon artist NeoCoill faced a temporary suspension for aged-up depictions of canonically under-18 characters. Patreon “mainly had problems with the faces,” the artist claimed, despite purposefully depicting all characters as “clearly mature enough.”

The Daily Dot reached out to Patreon and Waero for comment.