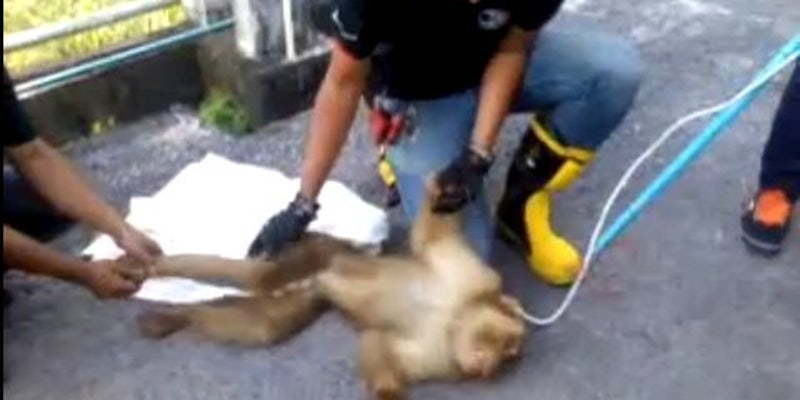 It was surely the most confusing day of this monkey's life.

One poor monkey underwent what was surely the most confusing few minutes of his life earlier this week in Thailand. The fuzzy, big-toothed humanoid apparently escaped from his owner’s care before wandering into an electrical transformer. As in most battles waged between living flesh bags and high-voltage power surges, the electricity won. The guy was pretty much a goner—until a team of Thai paramedics arrived to administer CPR.

The rescue team that saved the poor primate runs a Facebook page where they chronicled the operation and first posted the video. Not that I speak Thai, but according to this page it appears he’s been returned to his owner. Also, his name is “Kang” or “????????”, which Google translates into “The Mantis.” That officially doubles this monkey’s already-impressive level of badass.