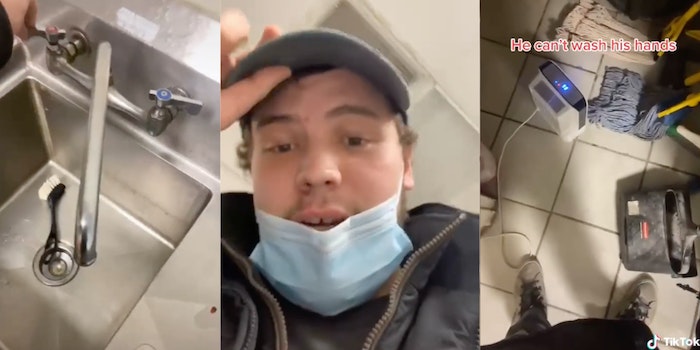 ‘I haven’t been able to wash my hands‘: Papa John’s worker says he was fired for refusing to work without running water (updated)

'I don't want to be like making other people's food without being sanitary.'

A Papa John’s employee says he was fired after refusing to work without running water.