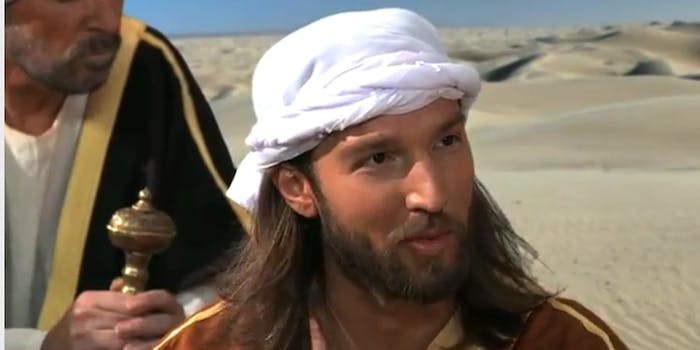 Citing "indecent material," the country is denying access to YouTube after the Google-owned company refused to remove a controversial video that sparked protests across the Muslim world.

You can add Pakistan to the list of countries that have blocked access to the Innocence of Muslims, the amateurish movie trailer that mocks the Islamic faith and has spawned protests across the Middle East that have left 19 dead.

On Monday visitors to YouTube in Pakistan were being redirected to a message from the Pakistan Telecom Authority stating that the site has been blocked for containing “indecent material,” according to Agence France Presse.

Neighboring Afghanistan blocked YouTube on Sept. 12, while, Google, the company’s owner, has voluntarily shut off the site in Libya, Egypt, India, Indonesia, and Malaysia.

The amateurish video, produced by an obscure Coptic Christian group, portrays the Prophet Muhammad as a philanderer and pedophile. Released in July, the video remained in obscurity until Florida evangelical preacher Terry Jones—famous for threatening  burn 200 Qurans in 2010, which similarly sparked violent protests across the Muslim world—announced plans to include it in a so-called “International Judge Muhammad Day.”

The video was then translated into Arabic and broadcast across Egyptian television on Sept. 11, sparking massive demonstrations that have since spread to Libya, Yemen, Afghanistan, Indonesia, Sudan, Tunisia, and Pakistan.

Last week Google declined a request from the White House to remove the video, saying it did not violate the company’s standards of hate speech. According YouTube’s community guidelines, a video may be removed if it “attacks or demeans a group based on race or ethnic origin, religion, disability, gender, age, veteran status, and sexual orientation/gender identity.”

While the video seems to fall under that specific definition—it clearly aims to incite hatred, not engender discussion—Google spokesman has said the video will remain on the site because, although it may attack the Islamic faith, it does not target Muslims as a people.