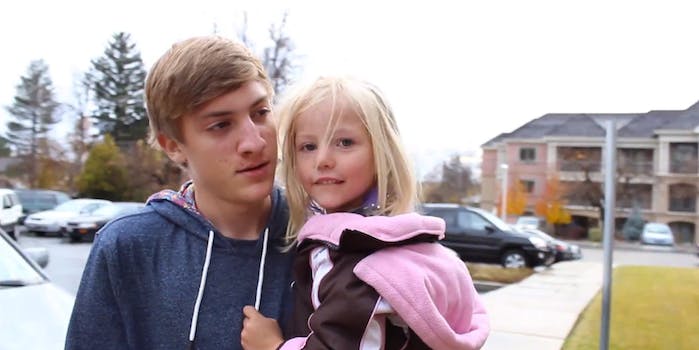 This homeless family’s makeover will warm your heart

Watch this family's lives transform in just under five minutes.

Reggie, Don, and their 4-year-old daughter Heavenly were staying at a homeless shelter in Utah when a couple of guys named Kyle Oreffice and Josh Gibson found them. The parents had lost their jobs in the past year, and they recently lost their home as well. Orrefice and Gibson were about to change their lives.

Already known for performing random acts of kindness such as paying for people’s gas or drive-thru bills, Oreffice and Gibson took their charity to another level for this family.

The video effectively ends at the five minute mark, at which point it turns into an advertisement for GungHo nutrient bars. A word to the sponsor: Try to be little more subtle next time. Otherwise you leave a bad taste in everyone’s mouth after watching what’s otherwise a heartwarming video.