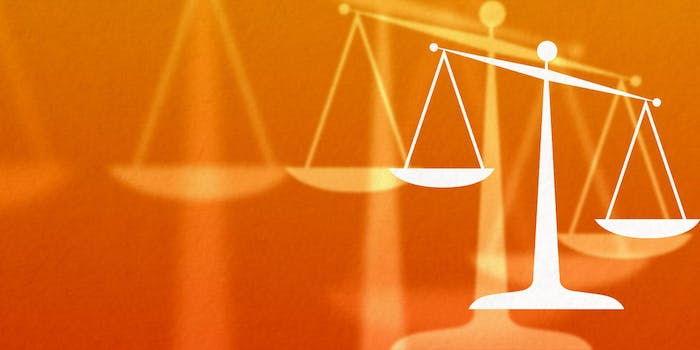 The legal fight over Trump's executive order rages on.

Does a two-year-old Supreme Court decision give Trump the right to ban Muslims? The Department of Justice thinks so.

A DOJ attorney argued before the U.S. Court of Appeals for the Ninth Circuit on Tuesday that there’s SCOTUS precedent that would allow the president to impose a Muslim ban. Long-time DOJ attorney August Flentje told judges the government believes it has constitutional authority to do so.

Flentje was arguing on behalf of the executive branch in a challenge by the states of Washington and Minnesota to an executive order issued by Trump that paused travel from seven Muslim-majority countries for 90 days.

Flentje indicated that DOJ believes there’s precedent buried within a 2015 Supreme Court decision on Kerry v. Din for Trump to issue an executive order that can state outright that it would ban Muslims. The 2015 SCOTUS decision revolves around a U.S. citizen whose husband—a national of Afghanistan—was denied a visa.

As Lawfare 360 notes, it was the decision of the highest court in the land that even U.S. citizens on behalf of visa applicants have no recourse when a consular office outright denies their visa:

In a 5-4 decision, the plurality, concluded that the government did not deprive Fauzia Din, a U.S. Citizen, of any constitutional right to due process of law when the consular officer denied the immigrant visa application filed by her husband, an Afghanistan citizen.

Flentje did immediately add that the executive order in question was not a Muslim ban.

“That’s not what the order does here,” Flentje replied. Canby and Judge Richard R. Clifton, a George H.W. Bush appointee, pushed him for an answer.

Flentje said that a person impacted by such a Muslim ban could file suit. But he added, “This is a far cry from that situation.”

The oral arguments between the Justice Department and Solicitor General Noah Purcell indicate there’s murky territory ahead if states argue that an executive order that bans entry of Muslims is unconstitutional.

Clifton asked Purcell how the ban could be seen as anti-Muslim if it affected only a subset of Muslims. Purcell earlier was unable to provide the exact numbers on how many Washington state residents were affected by Trump’s immigration executive order.

“To prove religious discrimination we do not need to prove this order harms only Muslims… or every Muslim,” argued Purcell, pointing to the president’s past public statements on a “Muslim ban” and preference for Christian refugees.

The Supreme Court generally allows the executive branch to do whatever it wants in terms of national security and immigration.

A ruling in the State of Washington & State of Minnesota vs. Trump is expected later this week.

But further legal challenges lay ahead. The American Civil Liberties Union on Tuesday filed a federal lawsuit in the U.S. District Court of Southern Maryland that argues that Trump’s immigration executive order is in violation of constitutional protections.