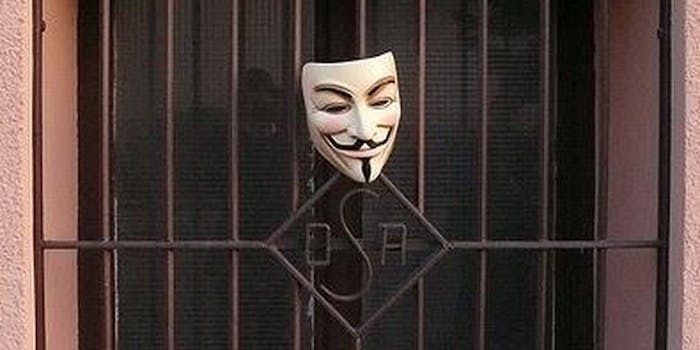 Mike Stone received some unlikely support in the form of the hacker collective.

Now that same accusation is being made by the hacker group Anonymous, who “doxed”—or released the private information of—Phillips, the school board, and high-school administrators in retaliation.

However, after the campaign garnered national attention, Phillips released a statement saying that Stone’s “prom date will not be allowed to attend the Tartan prom as her attendance would be prohibited under Tartan’s standard prom procedures and would be inconsistent with two school district policies.”

That’s when Anonymous came to Stone’s defense. Using the hashtag #OpLulzProm, the hacktivist collective asked its members to contact Phillips and the school district to get them to change their minds. (So far, the hashtag has been used more than 400 times.) Anonymous further explained its position in a public Pastebin document.

“We believe had Mike Stone or any other Tartan High School student secured a locally-known celebrity as an escort/date, the school district would allow it with no problems. … #Anonymous opposes this blatant example of discrimination, and also believes the school district is reacting to the worldwide publicity this story has brought them, and wishes to distance themselves from bad publicity.”

The document contains the home addresses and phone numbers for Phillips, seven school board members, Tartan High School principal John Bezek, and the schools three vice principals. It has been viewed more than 2,300 times since Friday.

“What PATTY PHILLIPS and the district fail to recognise is the worldwide reach of #Anonymous,” the document states.

They are legion. And they want Mike Stone to have a good time.