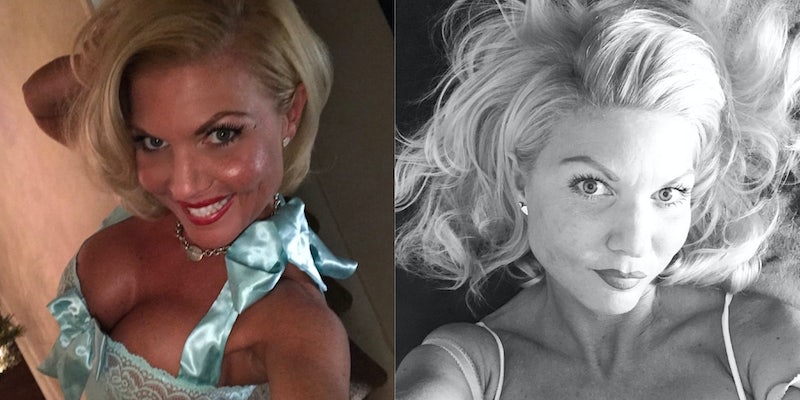 He reportedly killed her over her 'secret life.'

West was bludgeoned to death with a bottle of Lucid Absinthe in January 2018, according to local reports. She was 42.

Her husband, Jeff West, stands accused of killing her and leaving her body outside their home in Alabama.

According to the Sun, Kat West was a stay-at-home mother of one. She also had an OnlyFans account—under the moniker Kitty Kat West—where she would charge followers $15.99 per month to access her content.

A 19-year-old neighbor found her body in 2018 while going to work. The teen’s father—who later arrived on the scene—touched Kat West’s back to confirm she wasn’t breathing.

Around the same time, Jeff West walked out of his home and said, “What’s going on? That’s my wife,” AL reports.

Jeff West, a U.S. Army Veteran, was taken into custody in February 2018. He’s been held since then in the Shelby County Jail on a $500,000 bond and maintains his innocence.

“Jeff is certainly looking forward to defending himself at trial,” said John Robbins, a lawyer representing Jeff West. “There is absolutely no evidence that he is a flight risk. He was honorably discharged from the Army after 21 years of service, he has no criminal record, he was gainfully employed up until his arrest, he has strong ties to the community, and he has a strong desire to clear his name.”

Shelby County Circuit Judge William Bostick this week set the Sept. 14, trial date with a backup date of Oct. 19. A pretrial conference is scheduled for Aug. 24.