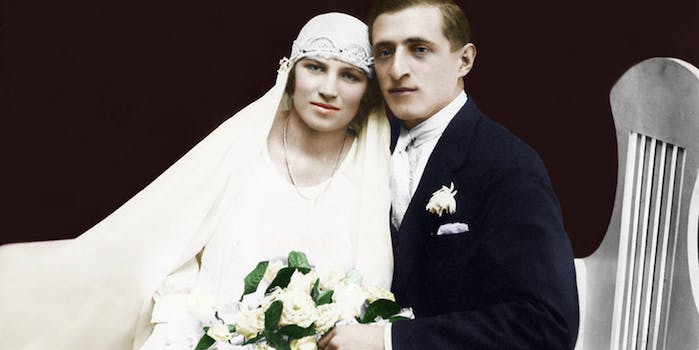 America's elite still meet in the halls of the Ivy Leagues, but times are changing

In 2013, Todd Schneider developed WeddingCrunchers.com, a site that analyzes the bastion of good taste and refinement that is the New York Times‘s wedding section.

The site’s dataset includes more than 63,000 wedding announcements dating back to 1981 and reveals a lot about how America’s elite conduct their private lives. 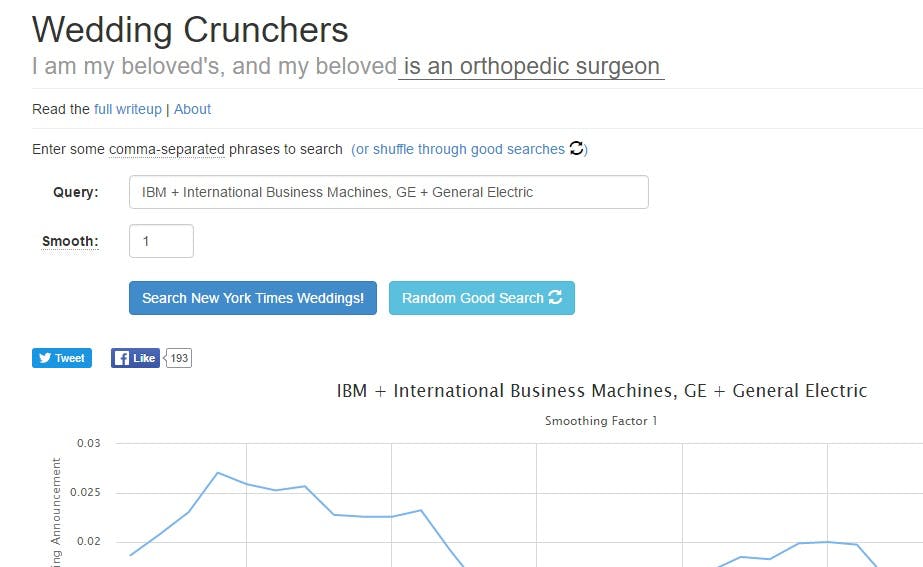 In a story for Vox, Schneider revealed that, while schools are still the most common place for wealthy Americans to meet, they are also increasingly using apps, and the use of technology to find love increases with the age of the couples.”It’s interesting, if not surprising, to see how the frequencies change based on age group,” he wrote. “Almost half of 20-somethings in the NYT Weddings Section met in school, compared to only 2 percent of the 40+ demographic. As people get older, it’s more likely they met via mutual friends or online.”

The data also show that OKCupid is the most popular online dating service, followed by Match and JDate.

The Wedding Crunchers data reinforces trends that have been sweeping the United States since 2005.

Schneider’s analysis also revealed that Google has achieved a Goldman Sachs level of prestige in the Times‘s wedding section. Since 2010, the tech company has been mentioned there almost as often as the elite bank at which many rich newlyweds have worked.

“Although Google and Goldman Sachs are just two companies among many,” Schneider wrote, “the fact that Google appears as frequently as the most prestigious investment bank suggests that at least a certain brand of tech company now rivals investment banks for prestige.”

Best of luck to all the couples, and let’s hope they all signed pre-nups.