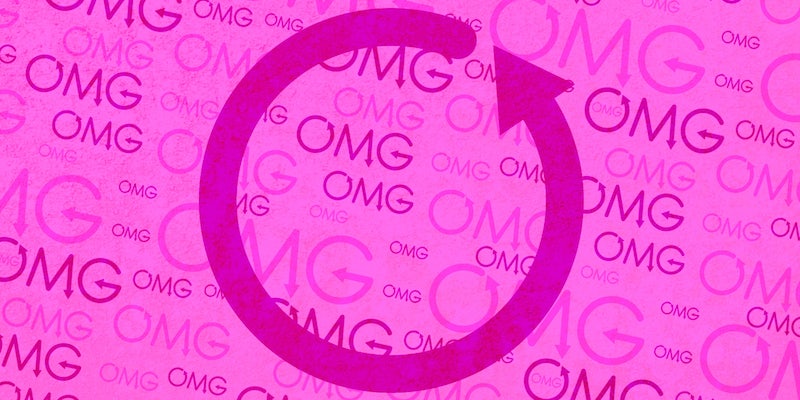 A revolution for female sexual pleasure is here, and it’s called OMGYes

Everything you wanted to know about female sexual pleasure, but were afraid to ask.

When Lydia Daniller and Rob Perkins were students at UC Berkeley, they lived together in a house with mutual friends. It was a close group who spoke candidly with one another about everything, including the intimate specifics of their sex lives.

“We’d have these discussions where people would really get into the actual details of what they liked [sexually],” said Perkins, a digital strategist, in an interview with the Daily Dot. He described these conversations as “refreshing” and “unusual” compared to how most people talk about sex, and they stuck with him.

Over subsequent years, his friendship with Daniller, a photographer, continued to strengthen and they bonded over an interest in increasing transparency in discussions about female pleasure. Sex may be in our faces everywhere, but conversations about female sexual pleasure are more circumscribed. They couldn’t even locate a single comprehensive research study on female orgasms. So four years ago, the friends took matters into their own hands and began conducting video chats with individual women.

“It started with friends and friends-of-friends, and then we put the call out online and found people who were excited to share their stories with us,” Daniller told the Daily Dot. “It was a self-selected group of people who felt comfortable sharing their stories.” 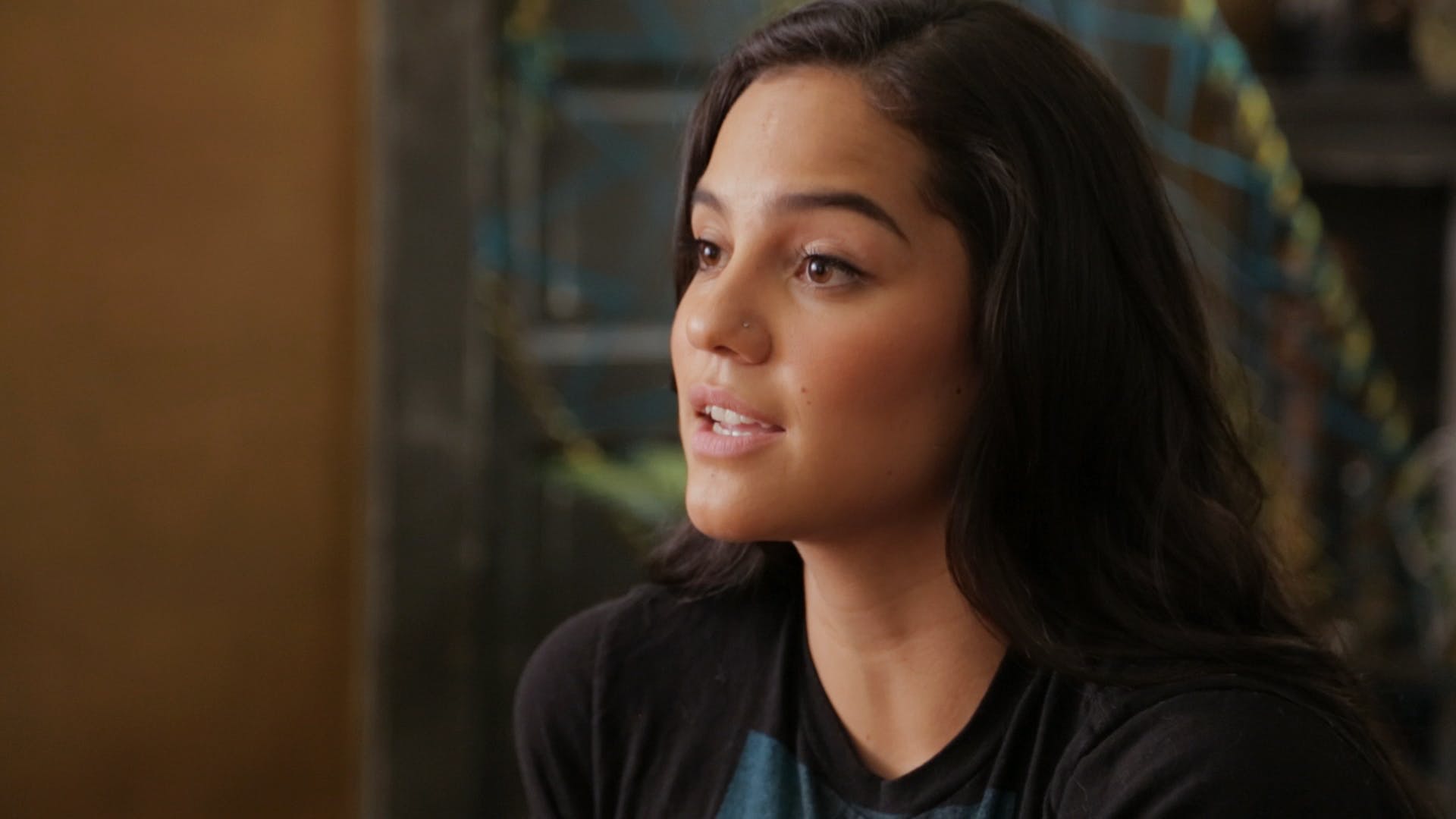 To date, Daniller and Perkins have conducted over 1,000 video interviews with women from across the United States, ranging in age from 18 to 95. The qualitative research compiled from these interviews, along with quantitative data provided via partnership with the Kinsey Institute, is the foundation of their new website, OMGYes, an online educational resource about female sexual pleasure.

Combining Daniller’s artistic sensibilities and Perkins’s Web business background, OMGYes combines text, illustrated diagrams, documentary-style interview clips, and even simulations referred to as “touchable videos.” Though the site is not a subscription service, a one-time payment of $39 is required to access all of the video content. (The videos currently on OMGYes are bundled as “Season One”; the site FAQ section states that future seasons will need to be purchased separately.)

Daniller said that she and Perkins share a vision of “want[ing] to separate the details of women’s sexual pleasure from obscenity because it’s not indecent, shameful, or unknowable.” As such, while the videos contain nudity and sexually explicit demonstrations, they are also matter-of-fact and respectful. The language used is conversational but specific, shying away from euphemisms or consciously titillating expressions. The videos are about arousal, without attempting to be arousing in and of themselves.

Users have found that balance to be particularly engaging, Daniller explained. “Far more striking [than arousal] is that feeling of a good friend of yours opening up and being really honest about what they like and showing you,” she continued. “Not for your entertainment, but because they want you to know.”

OMGYes’s videos are divided into a dozen categories, referring to techniques and pleasure styles that came up frequently in Daniller and Perkins’s research. Some titles, like “Edging” and “Multiples,” will ring a bell. Others are more original—”Accenting,” for instance, refers to a technique that places extra pressure on specific motions. Naming these techniques in accessible language is critical to advance how people communicate about pleasure, Perkins said.

Users can also watch and interact with the “touchable” simulations featuring animated vulvas based on actual videos of the vulvas of interview participants.

“A gynecologist we spoke with said that while there are words for every disorder, there simply aren’t established words for most of these techniques for pleasure, even though many feel familiar,” he continued. “There should be words for them. Naming them validates them. Not flowery sex-tip names like ‘The Tour de France,’ but real descriptive words.”

Once a user clicks on a category, they have the option to watch short clips of women talking about what that technique means to them, how they discovered it, and how it brings them pleasure. The women describe the technique both in terms of how they pleasure themselves and how they experience it when pleasured by partners.

Users can also watch and interact with the “touchable” simulations featuring animated vulvas based on actual videos of the vulvas of interview participants. Animated arrows accompany brief voice-over instructions, explaining how users are expected to direct their cursors and how much pressure they should be placing on the mousepad. The feedback is continuous as users experiment with the technique. A successful try might result in encouragement and validation (“Mmm, that feels really good”) while errors are redirected (“Hmm, try this instead,” or “Oooh, I don’t like my clit being touched”). Like the rest of the content on OMGYes, the process of scripting the audio responses involved intensive research—albeit using some nontraditional methods. 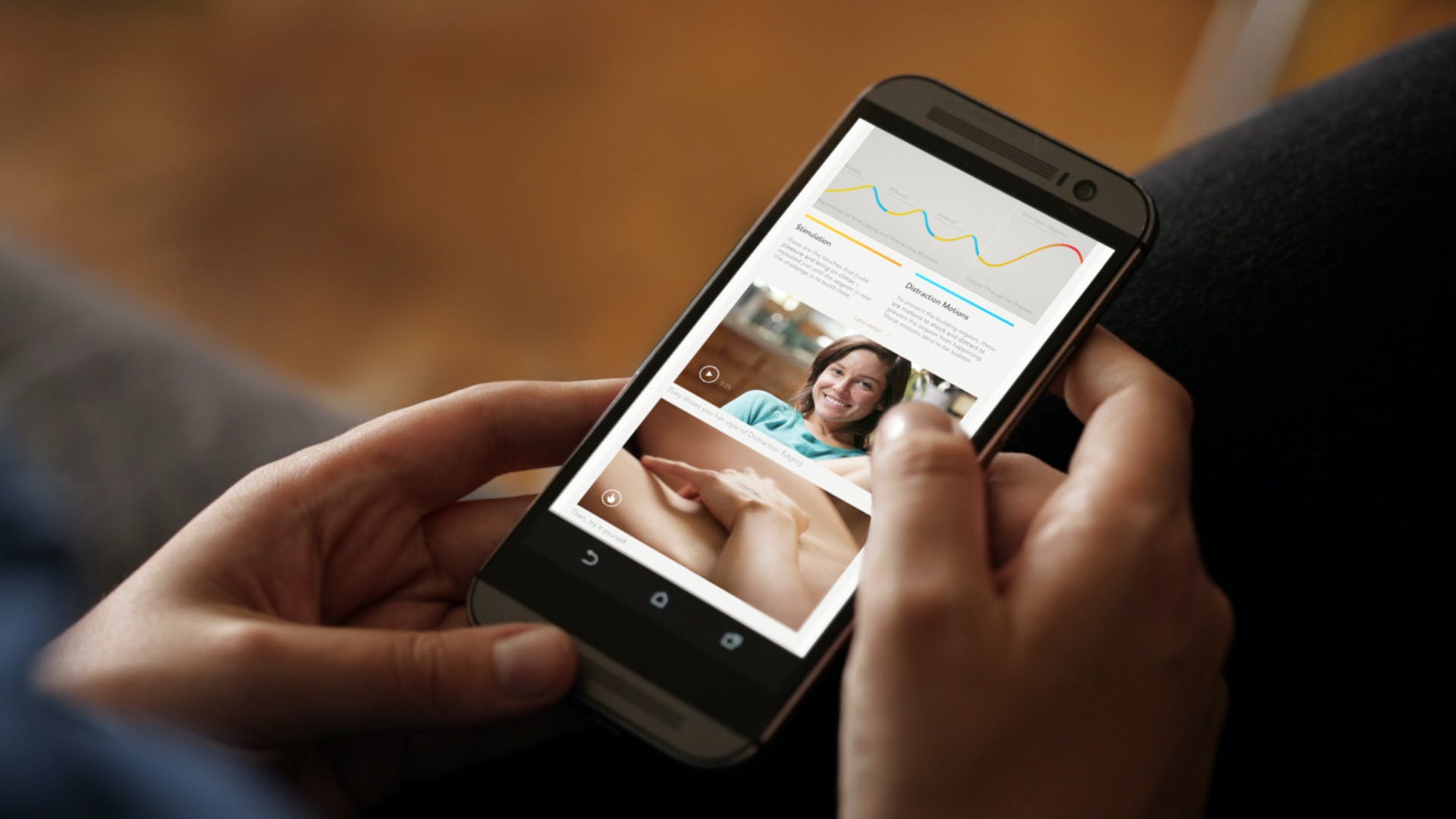 “One thing we did was record women with their partners actually going down on them under a sound blanket,” Perkins told the Daily Dot. “Another recording technique was to touch a giant drawing of their vulva outside the sound booth and have them steer us to what they like.”

The videos are meant “to give people a way to try the techniques and see all the variations and get feedback along the way,” Daniller explained. But this isn’t a video game where users “level up” after mastering the multiple orgasm technique. The skills that OMGYes users practice—which include naming types of pleasure, describing the specifics of their pleasure, and listening and responding to clear feedback—are ones that people of all genders and orientations can incorporate into the bedroom. OMGYes is less about the mastering of a specific style of sex and more about communicating with a partner about how both of you will experience the most pleasure.

For this reason, Daniller and Perkins make it clear that OMGYes is not a website solely for women. “In all of our focus groups, women would think [OMGYes] was for women, and men would think it was for men,” explained Perkins. “And that’s how the market’s treating it. Our users are 50 percent women and 50 percent men, so that’s really good to see.”

OMGYes launched shortly before Christmas, so it’s still in the early stages. But considering how infrequently female sexuality is openly discussed and how often that results in confusion and dissatisfaction rather than pleasure, anyone who enjoys their sexuality should be rooting hard for its success.