Now that the Sochi Winter Olympics are in full swing, the tube site giant has released its traffic numbers from the opening ceremony. The stats reveal the exact moment when viewers worldwide went from watching their countrymen compete for national glory to watching two blondes compete for the attention of a muscular ponytailed man’s penis. 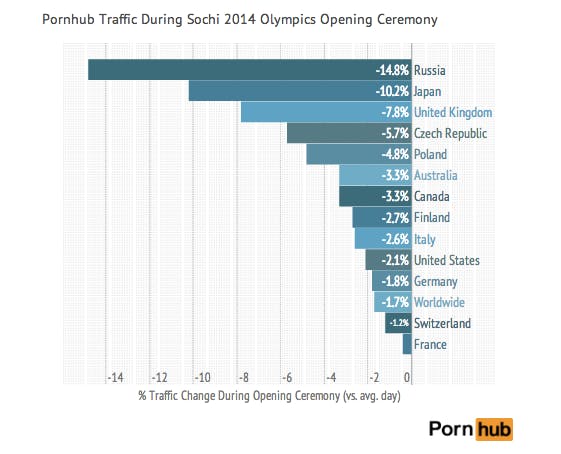 Let’s start with the Russians, shall we? 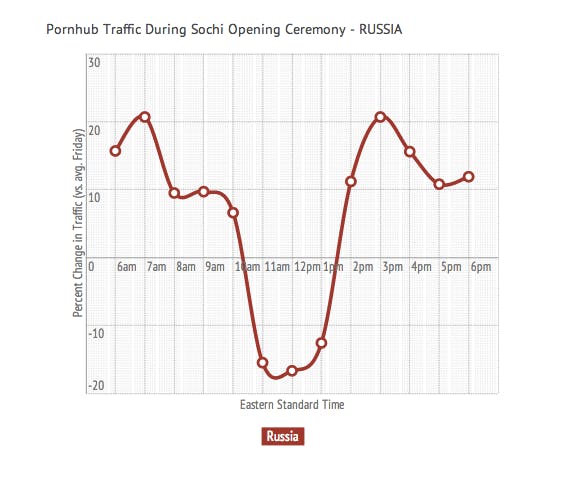 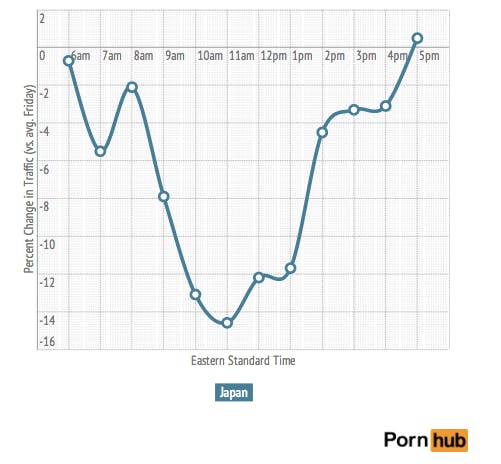 The same went for Great Britain, where there was a spike in traffic from noon onward. 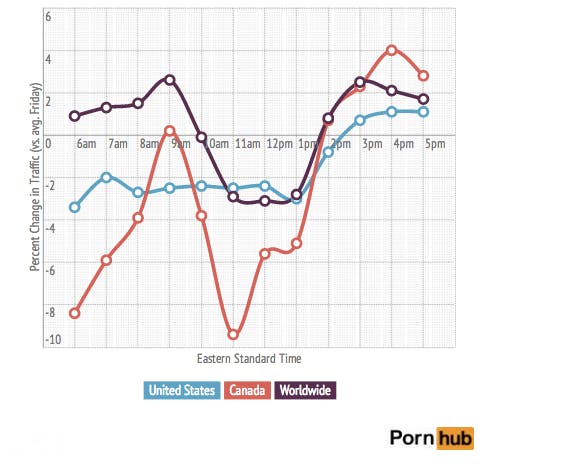 So what’s the takeaway from all this? That with the exception of France and Switzerland (who are evidently too busy gratifying themselves/eating expensive chocolates to partake in the Olympics with the rest of us plebs), the world is willing to tear their gooey paws away from their genitals to rejoice in the athletic achievements of their countrymen for a few hours. Yay, patriotism!