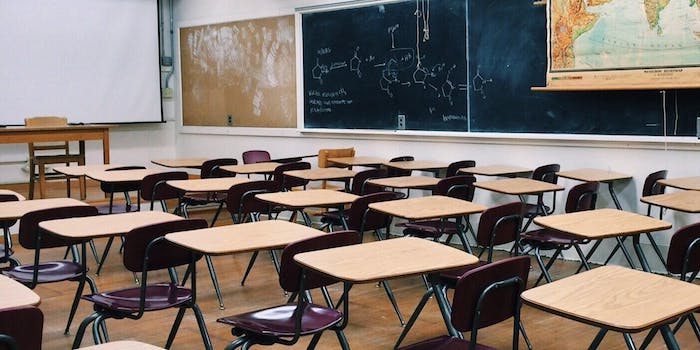 'Teachers left. They were crying, and they were offended.'

An Oklahoma Christian University recruiter forced high school students to line up according to their skin color and their hair texture, which was ranked from “nappy” to not.

The recruiter told the junior-year class at an Oklahoma City high school that they were going to “play a little game.” That’s when he asked the students to line up according to skin color from the darkest to the lightest. Then, he asked them to line up again from “nappiest hair in the back and straighter hair in the front.”

“That’s when I felt uncomfortable like, ‘OK, this isn’t right,'” student Korey Todd told Oklahoma’s News4 about the recruiter, who Todd says was a white man.

Many staff members and other students also became upset over the racist “game.”

“Teachers left. They were crying, and they were offended. Their faces just look disgusted. I know they had a talk with him after,” student Rio Brown told News4.

Oklahoma Christian University has since fired the recruiter, saying that the school didn’t approve the “inappropriate activity,” according to Newsweek.

“Admissions staff are scheduled to visit the academy Monday to apologize to Harding students and staff on behalf of the University,” the university said in a press release to Newsweek.