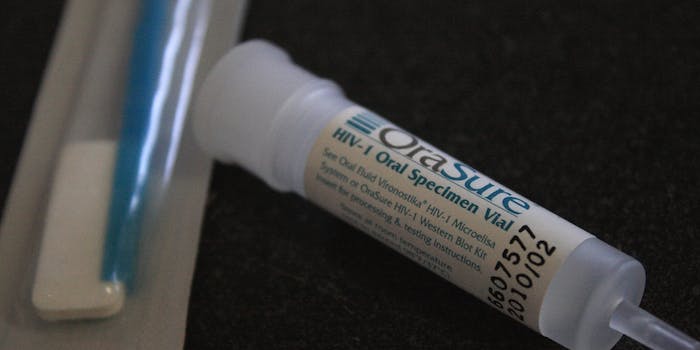 The Ohio Supreme Court shut down the argument that the law violates free speech.

The Ohio Supreme Court ruled on Thursday to uphold the law requiring residents who are HIV-positive to disclose their diagnosis before having sex.

According to the Columbus Dispatch, the ruling came from a First Amendment challenge in which Orlando Batista area failed to disclose his HIV status to his girlfriend and transmitted the virus to her. Batista’s attorneys argued that the law illegally made him speak about his health condition, and also said the law violated the Third Amendment’s equal protection clause for not mandating the same disclosure for other STIs and STDs.

However, the court unanimously ruled that the law regulated conduct, not speech, and therefore does not violate free speech rights, as argued by the American Civil Liberties Union of Ohio. And because the law was related to the state’s interest in preventing the spread of HIV, the court ruled it didn’t violate equal protection, either.

Ohio’s HIV-positive community and activists argue the law is outdated and doesn’t take into account medical advances for decreasing the risk of transmission between sex partners. Earlier this month, the Center for Disease Control declared that HIV-positive people taking preventative medication cannot transmit the virus through sex, which helped influence California’s own legislation changes on HIV status disclosure.

Despite this, Justice Patrick DeWine wrote in his opinion that these advances are not enough.

“But the question is who gets to evaluate that risk: Should the HIV-positive individual get to assess that risk for his sexual partner or should the partner get to make her own decision,” DeWine wrote. “Fair to say that most—if not all—people would insist on the right to make that decision for themselves.”

The case may be appealed to the U.S. Supreme Court.