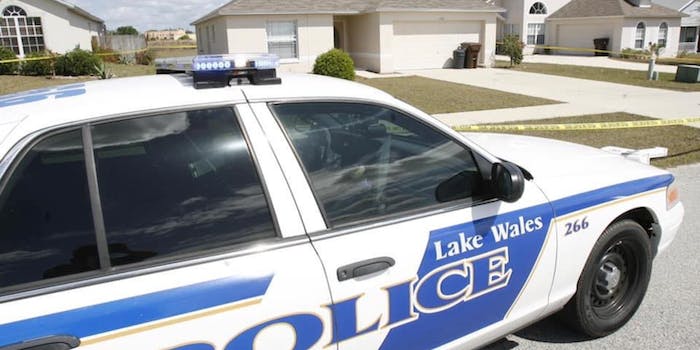 The man was facing years in prison until the footage was released.

A Florida police officer reportedly resigned after home security footage emerged contradicting claims he made to justify punching a citizen.

Officer Colt Black of Lake Wales, Florida, reportedly punched Chris Cordero in the face in the Feb. 8 incident and claimed he did so because Cordero “began to charge” at him, according to ABC Action News.

Black reportedly zeroed in on Cordero as he was driving to pick up medicine for his son, according to ABC.

Cordero noticed that there was an officer behind him before he stopped at a traffic light. Cordero got out of his vehicle to ask Black what was happening, as he’d been following Cordero for some time at that point, Cordero told ABC.

Cordero said he waited by his car for 20 seconds and complied with all of Black’s orders.

“The officer requested to me that I go to the back of my car and put my hands on the trunk. Because he wants to search me to see if I have a weapon,” Cordero said.

Black then reportedly punched Cordero from the back, knocking out a piece of his tooth.

In his report of the incident, Black defended his actions by claiming that “Cordero immediately exited the driver door and began to charge towards my patrol vehicle.”

Black was later joined by another officer, Travis Worley, who also beat Cordero, according to Cordero’s account.

Cordero was arrested on numerous charges, including assault on a law enforcement personnel and making a death threat to a law enforcement officer. As soon as he got released the next day on bail, he went around the neighborhood to look for a house that had footage of the incident, ABC reported.

The footage contradicted Black’s initial report. He reportedly responded to the footage by saying his “perception” was “altered,” citing the intensity of the situation.

Cordero was reportedly facing years in prison. The charges against him have since been dropped.