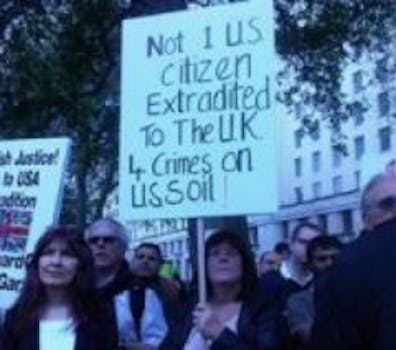 If you’ve been wondering how much it costs, in legal fees, to run a website that links to pirated streams of copyrighted television shows, we finally know the exact amount: $32,058.

If you’ve been wondering how much it costs, in legal fees, to run a website that links to pirated streams of copyrighted television shows for two and a half years, we finally know the exact amount: $32,058.

That’s how much a New York judge fined Richard O’Dwyer, the English college student who owned and operated the now-defunct website TV Shack, on Thursday.

O’Dwyer, 24, had long maintained that he simply linked to pirated streams that he had no control over, and some U.S. courts have found that websites aren’t responsible for linking to third-party video streams. Nevertheless, police raided O’Dwyer’s mother Julia’s home, confiscated his computer, and briefly jailed O’Dwyer himself over copyright infringement.

British Home Secretary Theresa May even signed an order to extradite him to stand trial in the U.S., a possibility Julia called a “nightmare,” but he reached a settlement agreement with U.S. authorities in November.

U.S. authorities claimed O’Dwyer made $230,000 in advertising, though Julia disputes that number.

Part of O’Dwyer’s settlement agreement was that he had to fly to the U.S. to learn of his fine and pay. He was pleased with the outcome—at least, that he wasn’t facing any more jail time—but maintained that any crime he committed was at least murkily defined.

“I’m happy it’s finally over. I still maintain I never thought I was committing a crime,” he told the BBC.

Julia announced via Twitter on Friday that they were leaving New York that day.

“We’re going back to the UK later today. Well at least you can’t be extradited to your own country!” she tweeted.