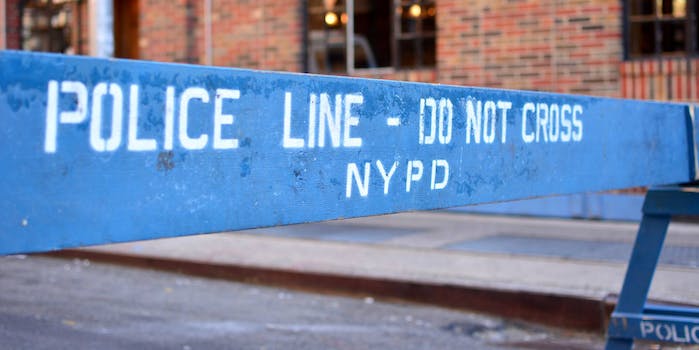 Police aren't 'too worried' about rape by non-strangers, though.

Warning: This article contains mentions of rape and sexual assault.

Seven out of 10 rape victims know their attackers, according to the Rape, Abuse & Incest National Network. That number goes up to 92 percent for college students.

Apparently, the NYPD doesn’t know that, though, because according to a recent statement about an uptick in sex attacks in the Brooklyn neighborhood of Greenpoint, the NYPD only really cares about “true stranger rape.” Whatever that is.

good god this is a disgusting statement from the NYPD https://t.co/qzSmD2w6j6 pic.twitter.com/vGODvSgeNX

Police say that there weren’t more arrests because many of the victims knew their attackers, which isn’t surprising. The Department of Justice cites fear of retaliation as the top reason why rape and sexual assault victims don’t report their attacks or press charges, which would likely be a bigger fear if you were attacked by someone you know.

The obsession with what Capt. Peter Rose calls a “true stranger rape” and a “total abomination rape”—the Law & Order: SVU idea of a depraved man lurking in the bushes waiting to attack an innocent woman—has real consequences for rape victims. For one thing, it perpetuates the myth of the “perfect victim,” a cis, heterosexual, and usually white woman who is dressed modestly, not under the influence, not out late, was raped by someone other than her spouse, and who fought and kicked and had all the “right” reactions. And even then she is often not believed.

This is apparent in the Cosmopolitan story of Taylor Hirth, who was gang raped by men who broke into her home as she slept in bed next to her toddler daughter. Hirth says the detectives who came to her house were most interested in asking her whether she had met the men on Tinder—the implication being that if she did, then she is partially to blame for “inviting” the rapists.

Rose’s mention of how victims met their rapists echoes that sentiment. “Some of them were Tinder, some of them were hookup sites, some of them were actually coworkers,” he said of the Greenpoint attacks. “It’s not a trend that we’re too worried about because out of 13 [sex attacks], only two were true stranger rapes.”

The second-highest reason the Department of Justice lists for victims not reporting their rapes or pressing charges is the belief that the police either won’t do anything, or that it’s not worth the extra trauma of police hostility. Statement’s like Rose’s make it easy to see why.

“If there’s a true stranger rape, a random guy picks up a stranger off the street, those are the troubling ones. That person has, like, no moral standards,” said Rose.

Hopefully, new officers learn that all rapes are the troubling ones—and all attackers are the ones with no moral standards.