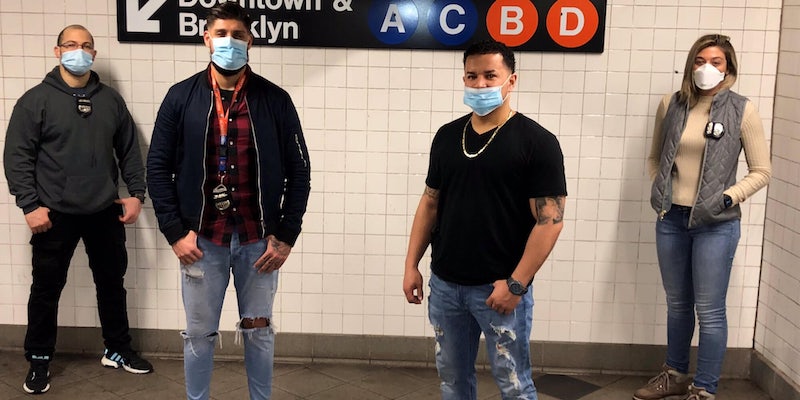 NYPD ratioed for ‘bragging’ about marijuana bust during pandemic

'Your guy up front is wearing his mask wrong.'

The New York Police Department (NYPD) posted a victorious tweet Saturday about a successful marijuana bust on the subway, accompanied by a photo of four officers at the station. But many Twitter users felt the tweet was inappropriate during the coronavirus pandemic, as New York City is one of the hardest-hit cities in the United States.

“Transporting ziplock bags of marijuana & a digital scale in your backpack does not make you an essential traveler in the eyes of the Transit police,” the NYPD Transit account tweeted. “Hopping a turnstile while doing so didn’t help either. Nice grab by our District 1 team!”

Many Twitter users thought the tweet was inappropriate given the current pandemic. New York City alone has over 168,000 confirmed cases of COVID-19, and over 13,000 confirmed fatalities, according to nyc.gov.

“How [many] resources were employed – in the middle of a pandemic – to nab someone who ‘stole’ a $3 subway ride and was transporting assets [that have] already been decriminalized in [your] jurisdiction?” one Twitter user asked.

“You people are heartless monsters to be bragging about busting someone with marijuana during this stressful and very real health crisis,” another Twitter user said. “You should be bragging about serving the public, e.g., handing out masks.”

Many users didn’t understand why the NYPD was bragging about arresting citizens for marijuana when marijuana is decriminalized in New York, and likely to become legal in the near future, according to the New York Times.

“Marijuana possession and jumping a turnstile are both literally a $100 fine each lmao what a bunch of losers to be bragging about this,” one Twitter user said.

Marijuana laws and stop-and-frisk policies are highly contentious in New York, where poor people of color are disproportionately affected by stop-and-frisk, according to ThinkProgress.