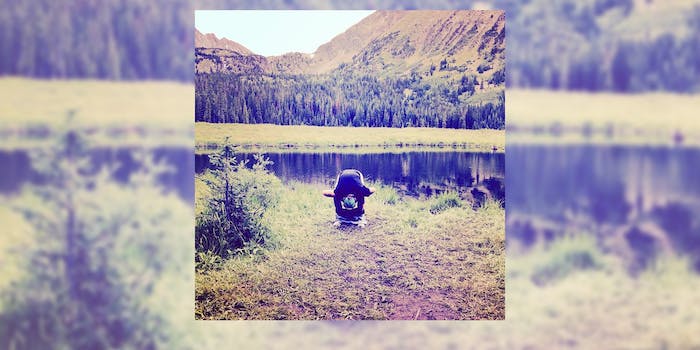 'The next thing I knew, I was taking a picture of my balls dipping into the negative space above the glacier.'

We all know what to expect while perusing an Instagram feed: elaborate food setups, endless selfies, picturesque sunsets, and an assortment of super-cute animals. We also get to live vicariously through the people we follow and the snapshots they take of the beautiful scenery that wow them on their travels.

A one-of-a-kind Instagram account takes the latter a step further: rather than plainly showcase breathtaking views of mountains or oceans, it merely uses them as backdrop to a body part one would least expect to see in a landscape: hairy balls.

You read that right. Nutscapes lets you preview not just the beauty of nature by itself—it also sneaks some random guy’s nutsack in every photo featured.

While getting a dose of gonads with your greenery may seem like a joke, the man behind the feed, Philadelphia-based artist Clancy Philbrick, sees Nutscapes as a conceptual art project more than anything else—one that’s based around exploration, unity, and vulnerability.

“I was on a solo trip out in the bush of New Zealand shooting some typical landscape photography and while on top of a mountain looking out at this amazing concave glacier in the distance, I felt a great gratitude for my surroundings and a primal urge to connect on a deeper level with Mother Nature,” Philbrick told The Daily Dot in an email. “The next thing I knew, I was taking a picture of my balls dipping into the negative space above the glacier. Unfortunately this original Nutscape was lost when my old hard-drive crashed.” 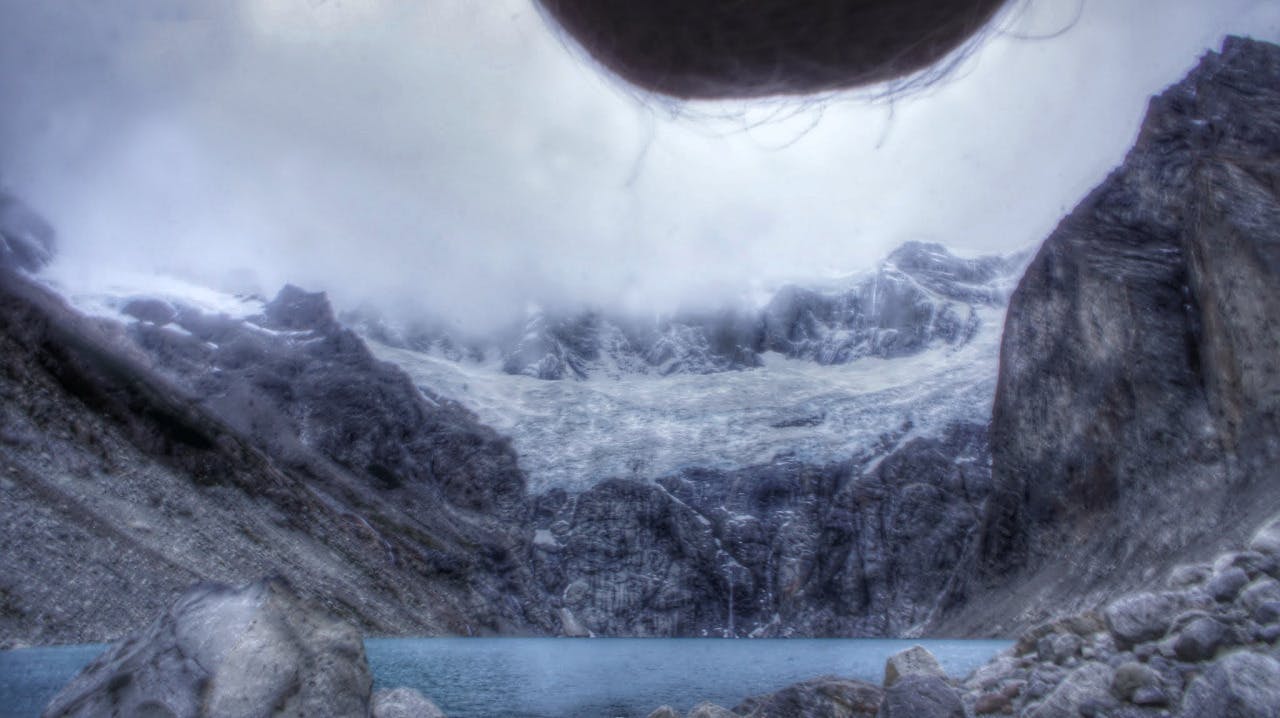 For years, Nutscapes remained a solo endeavor for Philbrick, with him taking shots on his own and sharing them with friends. However, after a buddy of his saw his work, he immediately wanted in and started shooting his own Nutscapes. Together, they built a sizable stack of scrotum snapshots and enticed their friends to start chipping in. Soon after that, they began posting the images they’ve carefully curated on Instagram and eliciting their followers for contributions.

As an ongoing art project with over a hundred posts so far and only over 500 followers, Nutscapes is still very much in its early stages, with its proverbial balls still waiting to drop in terms of user submissions. Philbrick says the account averages about two submissions per week, which may seem meager to some, but with collaborators approaching them from around the world, he is optimistic that his online baby is off to a great start.

“We also understand the physical challenge of taking a great Nutscape and the compromising situation it puts the artist in. It definitely takes some courage, vulnerability and skill to properly to execute. So yeah, that’s a challenge to all our viewers,” explained Philbrick.

So what makes a good Nutscape? At the base of every photo on the feed is an attention to the various aspects that makes any work of art visually captivating: a knack for composition, balance, perspective, and repetition, among other things, will definitely increase the chances of your photo being chosen for inclusion in the project. Of course, the curators also appreciate the  incredible luck in being able to capture an instance, subject, or moment so perfect that traditional elements of art don’t really matter as much. 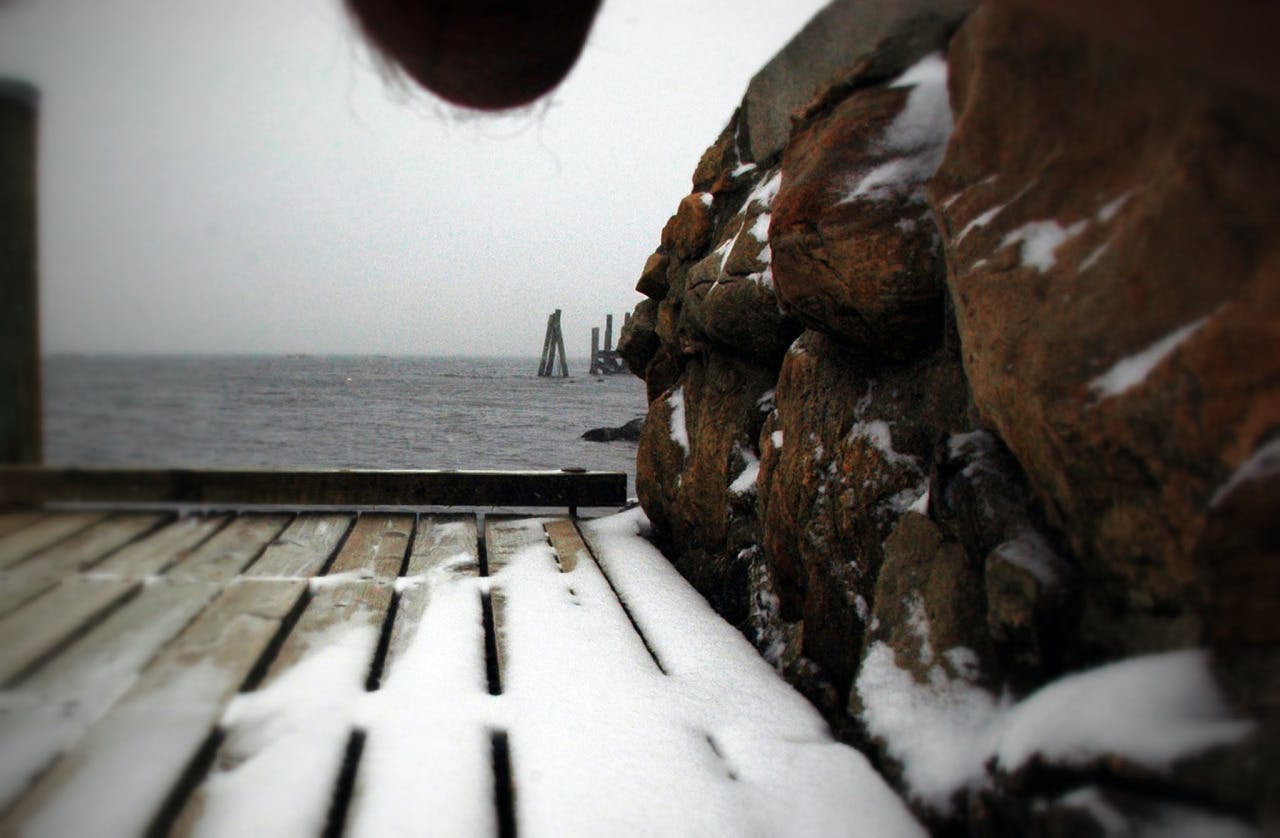 It’s quite undeniable: on a simple, low-brow level, testes are just utterly hilarious—its many synonyms are even a lot of fun to say. Setting humor aside, however, the Nutscapes Instagram account hopes to start a discussion on the way in which nuts shift the context, focus, and concept of a photograph.

“The testes create a unique shift in the traditional regard for landscape photography, in which the subject is typically in the middle ground, while also clearly placing the photographer, a component that is almost always out of the frame, squarely within the photograph. It’s like a new selfie of sorts,” Philbrick mused.

He continued, “Also, notably, in our modern and historical world where men run and have ran at least 80 percent of the countries, the positioning of testes looming over these pristine landscapes proposes a lot of interesting questions in regards to mankind versus nature, stewardship, responsibility, seeds and future progeny, and masculine vulnerability.”

"Walk away quietly in any direction and taste the freedom of the mountaineer" #johnmuir #nutscapes pic.twitter.com/z5m8C7SVz5

Who knew testicles had the ability to heighten the quality of your Instagrams, let alone elevate your aptitude for deep thoughts?

Whats up @instagram censoring us!? Not "The Ansel F*ing Adams of Balls" (thanks @MaximMag ). Censoring progressive ideas…lame. Love twittr

In a statement to the Daily Dot, the Nutscapes squad had this to say:

We’d like to use this platform to push the concept of male vulnerability and the absurdity of IG allowing mostly naked models and nearly pornographic images all over their site, with hundreds of thousands of followers and paid marketing, but censoring a benign detail of the human flesh. A detail that in most of our images remains obscured. A detail of a body part that doesn’t even have the necessary orifice that connects external to internal that seems necessary to even make it something adult or ‘censor worthy’.