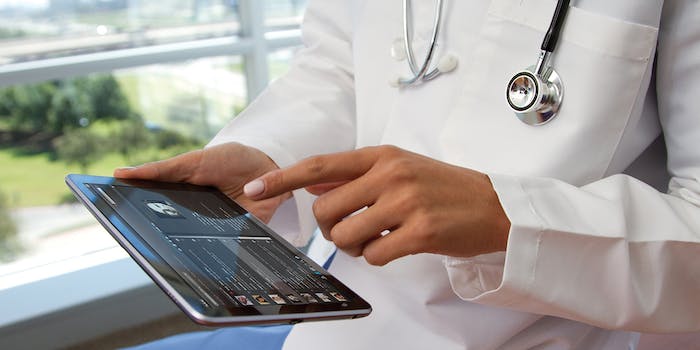 Truvada has been called the 'gay birth control.' Now you can order it on your phone.

Drugs to prevent the infection of HIV have been called the “gay birth control.” Now a birth control home delivery service is adding Truvada, the first anti-HIV drug approved by the FDA in 2012, to its roster of prescription medication delivery.

Pre-Exposure Prophylaxis, or PrEP, drugs like Truvada have changed the way that men have sex with each other, transformed relationships between mixed-status partners, and greatly lowered the fear culture that has surrounded LGBT sex since the onset of the 1980s AIDS era.

Since PrEP drugs hit the market, they’ve been shown to lower the risk of HIV transmission by more than 99 percent. That’s why it was shocking to discover, via a December poll, that 9 out of 10 gay and bisexual men at the highest risk for HIV contraction have never heard their doctors mention PrEP.

When asked how they ended up running a birth control delivery app in the U.S., Hans Gangeskar and Edvard Engesaeth told the Daily Dot that increasing access to the pill is just the beginning. “Birth control is generally very safe, and there is strong industry support for increasing access to the pill,” Gangeskar and Engesaeth wrote in an email. “While attitudes towards telehealth are still evolving, we have found very little resistance to the Nurx birth control service.”

The same can be said of Truvada, the revolutionary combination of antiretroviral drugs that can prevent HIV from taking hold in the body. Funding for HIV projects is largely focused on prevention. However, after a three-year-long study conducted in San Francisco found zero cases of HIV transmission with regular PrEP use, cities have been scrambling to increase access to the drugs.

Telemedicine, or accessing medical care and prescriptions through technology like apps, is still a developing area in law and public policy. According to the American Telemedicine Association, only a little over half of U.S. states have parity laws that mandate insurance coverage of services received via telemedicine.

What that means for an app like Nurx is a two-tiered system of supplying birth control to women using the app: free with insurance, upwards of $15 without insurance or in states without parity laws. In San Francisco, where the app is based, prescriptions can be delivered by courier in under two hours. Across the U.S., delivery ranges from overnight to standard shipping.

Nurx hopes to start delivering Truvada in the first quarter of 2016. They’ll also start offering emergency contraception (Plan B) around the same time, as well as an “adherence” feature that reminds users when to take their meds and to make sure to combine them with other safe sex practices, such as condoms.

The tech company’s founders aren’t working alone: The Truvada delivery stems from a partnership with San Francisco’s Getting To Zero HIV-reduction consortium. Getting To Zero recently launched a California state directory of PrEP providers designed to widen access to drugs like Truvada.

So far, access to PrEP has been a serious problem. Not only are doctors largely not recommending Truvada to high-risk patients, but six percent of gay and bisexual men polled said their doctors refused to prescribe it altogether.

“We hope to make PrEP more accessible to those that need and want it,” said the Nurx founders in an email to the Daily Dot. “We adhere to all CDC guidelines and work with experts in the field in building out our services. Users of the app will still have to do counseling as well as testing prior to receiving pills.”

Nurx’s birth control delivery works much the same way. Doctors review the request for medication, ask follow-up questions as needed, send a prescription to a partner pharmacy, and then the drugs are delivered.

Gangeskar and Engesaeth told the Daily Dot that lack of birth control access is one of the primary causes of the 3 million unintended pregnancies that occur in the U.S. each year. The comparison to PrEP is obvious: with nearly all gay and bisexual men not getting PrEP from their doctors, lowering the rate of HIV transmission is a daunting task.

All of that could change with the click of a button.