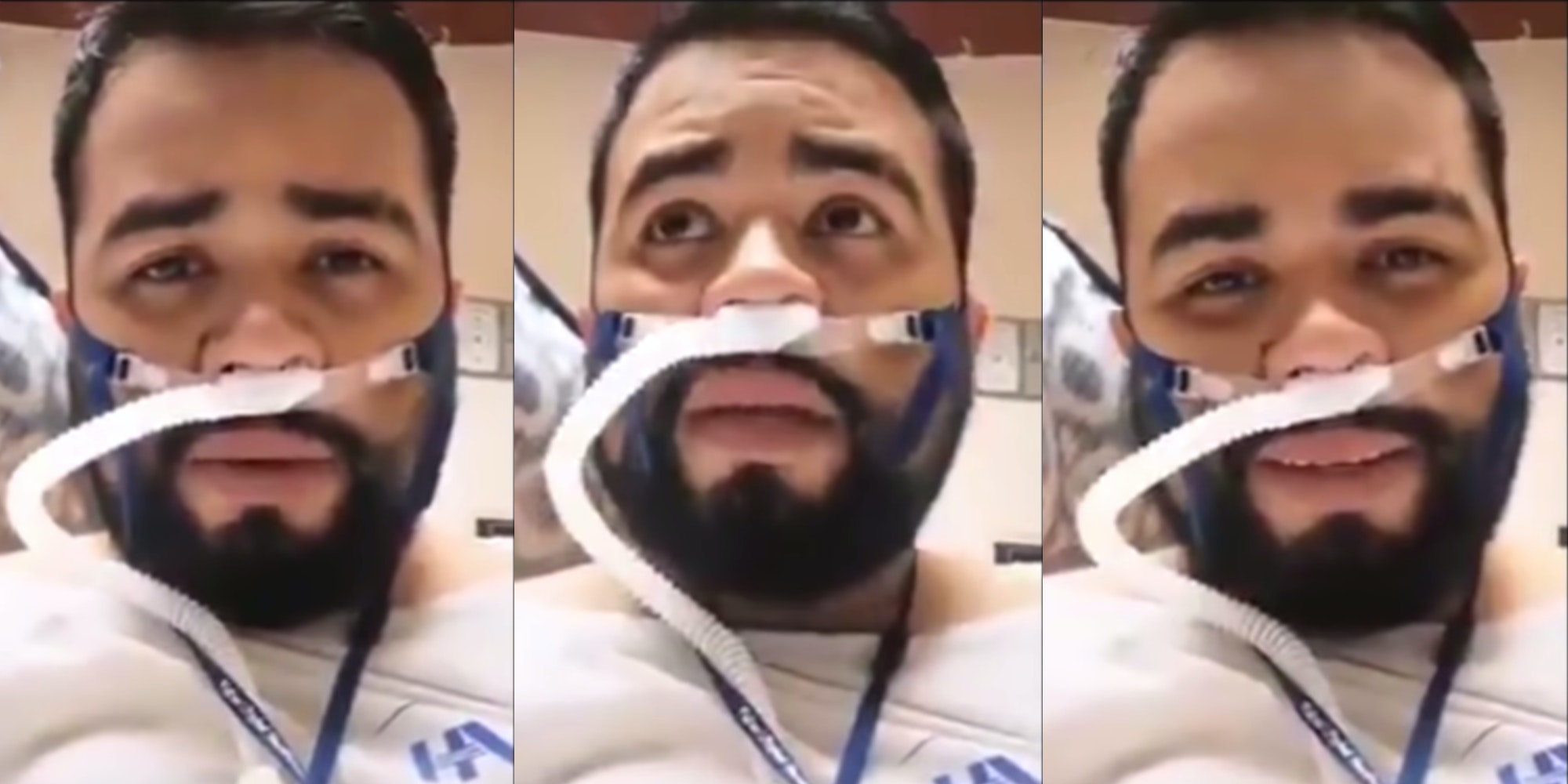 'Always remember me for who I was and who I am.'

A viral video shows a nurse’s final, heartbreaking message to his family mere hours before he died of COVID-19.