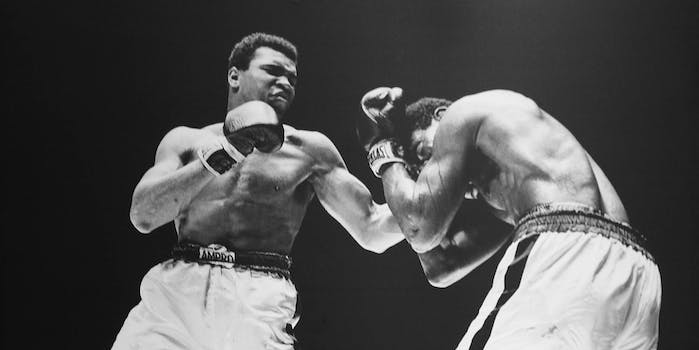 The NSA spied on Muhammad Ali and Martin Luther King

According to newly declassified documents, the NSA spied celebrities and politicins who opposed the Vietnam War.

The surveillance program, known as Project Minaret, was created as part of an effort to curb growing anti-Vietnam War sentiment in the country. Through Minaret, the NSA monitored the phone calls of influential American critics of the war.

King was an outspoken critic of America’s growing involvement in Vietnam. Meanwhile, Ali was engaged in a very public battle with the U.S. government to avoid being drafted into the war.

The spying activities occurred prior to the passing of the Foreign Intelligence Surveillance Act in 1978, which limited the government’s ability to spy on American citizens. That said, the NSA has nonetheless admitted the spying activities conducted through Minaret were “disreputable if not outright illegal.”

Alongside King and Ali, the list of NSA targets included notable Hollywood figures like Jane Fonda. Also named were journalists from the New York Times and the Washington Post, as well as Idaho Senator Frank Church.

Church spearheaded a large-scale congressional investigation of American intelligence activities. The formation of the Church committee was prompted in part by the revelation that the U.S. government had seeded undercover operatives into Vietnam War protests.

Church’s committee would later form the bases for the Senate Intelligence Committee that today oversees the activities of the NSA, many of which have been revealed in recent months by former intelligence contractor Edward Snowden.

The documents leaked to the Guardian by Snowden earlier this summer reveal an agency still very much engaged in pervasive electronic surveillance. The NSA collects phone call data on millions of Americans, uses secret court warrants to obtain about private information from Silicon Valley giants like Facebook and Google, and taps directly into the fibre optic Internet cables of major telecoms.

“”If there’s a lesson to be learned from all this, when we are dealing with a non-transparent society such as the intelligence community that has a vast amount of power, then abuses can and usually do happen,” NSA historian Matthew Aid told the Guardian.