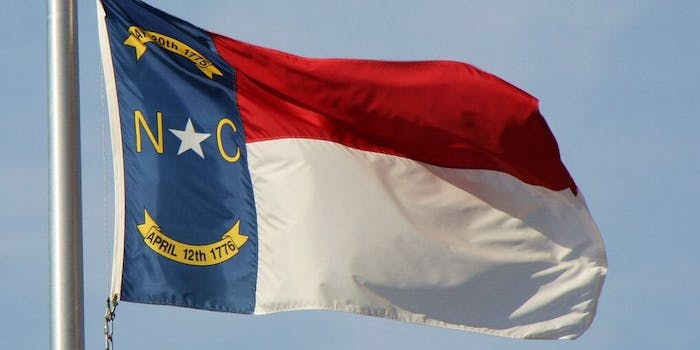 The budget was passed at 3am.

The measure passed at 3am ET Friday. According to the Raleigh News & Observer, the $1 million in funding that will pay for pilot programs to fight the opioid epidemic will come from a number of Democratic counties, including more than $316,000 from Sen. Erica Smith-Ingram’s rural constituents that previously paid for a pair of early college high schools. The funding that helped a summer science, math, and technology program called Eastern North Carolina STEM also was stripped away.

Many of the recipients of that STEM funding are African-American and from low-income areas, according to the newspaper.

“I don’t know what motivated the amendment, but it will have a devastating effect on an area that is already suffering,” Smith-Ingram told the newspaper. “… The future of children should not be caught up in a political disagreement between members.”

More from the News & Observer:

Other items cut in the late-night amendment include $200,000 to bring fresh produce to food deserts, $250,000 to fund additional staff for the N.C. Museum of Art’s recently expanded art park, and $550,000 for a downtown revitalization program. The only remaining funding for the downtown program is directed to Robeson County, which has a Republican senator.

The amendment also takes a swipe at Gov. Roy Cooper by eliminating a position in his office for a federal legislative programs coordinator.

The budget now will move on to the state House of Representatives.

Previously, the North Carolina legislature passed an anti-LGBTQ bathroom bill that could have cost the state nearly $4 billion in the next 12 years, and last month, three Republican lawmakers proposed a bill that would ban all gay marriages in the state.