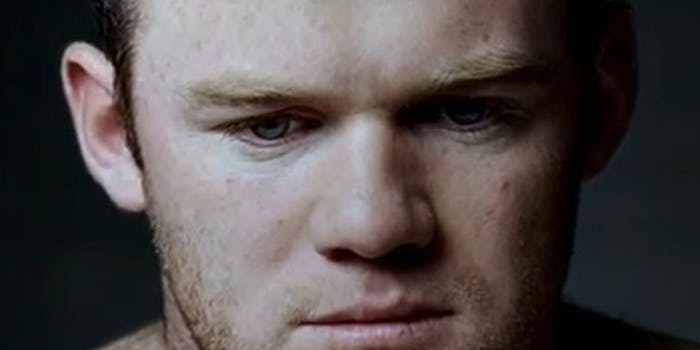 However, Nike found itself in a tight spot after two soccer players tweeted on the company’s behalf—without making it clear that the tweets were actually ads.

The ASA said the tweets on question were not clearly “identifiable as Nike marketing communications.” The agency took action—the first time it has done so over a Twitter campaign—after receiving a single complaint about tweets posted on Rooney’s and Wilshere’s personal accounts.

Rooney’s tweet, posted on Jan. 1 and still viewable, read: “My resolution – to start the year as a champion, and finish it as a champion…#makeitcount gonike.me/makeitcount”.

According to the BBC, Wilshere, who missed the entire 2011-12 English Premier league season through injury, posted, “In 2012, I will come back for my club – and be ready for my country gonike.me/Makeitcount”.

Wilshere’s account disappeared from Twitter earlier this month. He allegedly deleted it after other tweeters falsely claimed he tested positive for cocaine.

Nike claimed the tweets were identifiable as ads due to the hashtag and link to the company’s website. It also said the athletes were both well known for their association with Nike.

That didn’t fly with the ASA though. The watchdog said the hashtag and link were not enough to clearly denote the tweets as ads, given how quickly many Twitter users skim through a large volume of tweets. It added that not every member of the Twitter user had prior knowledge of the company’s Make It Count campaign or the firm’s relationship with Rooney and Wilshere.

The ASA suggested that Nike and other brands should add a clear indicator to such tweets, for instance a hashtag such as #ad.

“[Twitter] is relatively new territory for us as a regulator,” Matt Wilson, an ASA spokesman, told the BBC. “People are experimenting and using Twitter to reach consumers, but the same advertising rules apply. It’s an ongoing process and this illustrates the care firms must take.”

Meanwhile, the agency was not too worried about Rooney’s tweet still being visible. This was down to the tweet no longer being near the top of his timeline. However, the ASA expects the tweet to be removed.

There’s a lesson here for brands: The Twitter community appreciates transparency. Perhaps it would be more prudent for brands to set up dedicated Twitter accounts for their campaigns and have celebrity spokespeople retweet from those accounts or even tweet using them.

After all, a dedicated Twitter account played out well for Smart, which created a brilliant scrolling animation.