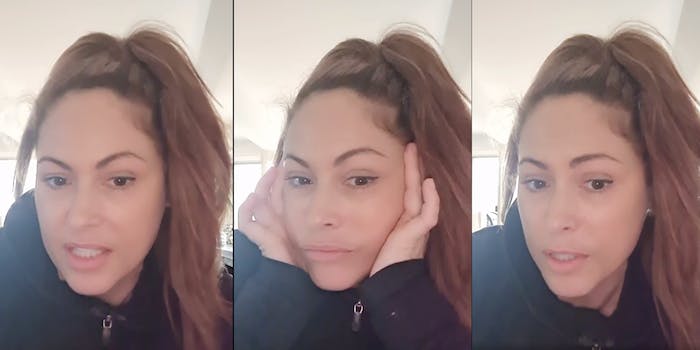 This came after 'Neighbours' star Shareena Clanton's accusations of 'racism' and 'misogyny' on set also surfaced.

British-Australian actress Nicola Charles claimed that two of her former castmates on the Australian show Neighbours attempted to get her deported, the Herald Sun reports.

Charles, 51, posted screenshots Sunday of the Herald Sun‘s article covering her autobiography, Soap Star, which is scheduled to be released on Friday. She said the autobiography will address the “shocking behavior” in the U.K.’s modeling industry in addition to the “betrayal” she felt when she discovered that two of her castmates tried to get her deported, per the Herald Sun.

“I found out a handwritten letter was sent to the immigration department trying to make me lose my job,” Charles wrote. “That experience coloured my relationship with everyone on the cast and crew because I kind of felt nervous about trusting anyone after that.”

She said that her producer told her that there was “a lot of resistance from certain members of the cast” about her staying because she was “taking a job away from an Australian performer,” per the Herald Sun. Charles’ team did not immediately respond to the Daily Dot’s request for comment.

Clanton, 30, posted screenshots of racist comments and inappropriate messages she received in response to her original accusations. The show’s production company, Fremantle Media, did not respond to Clanton and “held no accountability/action/remorse/reform,” per Clanton’s post.

“I’m engaging a lawyer right now,” Clanton wrote in another Instagram post. “As well as speaking to the Human Rights Commissioner surrounding the deeply engrained systemic levels of racism, sexism, misogyny and gross misconduct that is apparent on @neighbours.”

Charles, who signed on with the sitcom after moving to Australia in 1995, said the show was “not racist or homophobic,” calling the show “pro everything,” per the Herald Sun.

“With regards to racism and homophobia, if any of that has been someone’s experience, and I would not want to take away from their personal experience,” she said. “I would definitely be with individuals and not the establishment of the show itself in my experience.”

Clanton, who did not immediately respond to the Daily Dot’s request for comment, wrote that “there have been multiple lies printed trying to absolve Fremantle Media and Neighbours cast and crew of any accountability.”

Fremantle Media said it would take steps to promote inclusion in response to Clanton’s claims, the BBC reported Monday.

“Neighbours strives to be a platform for diversity and inclusion on-screen and off-screen,” a spokesperson for Fremantle Media said, per the BBC. “Our quest is always to continue to grow and develop in this area and we acknowledge that this is an evolving process.”

Fremantle Media and Neighbours did not immediately respond to the Daily Dot’s request for comment.