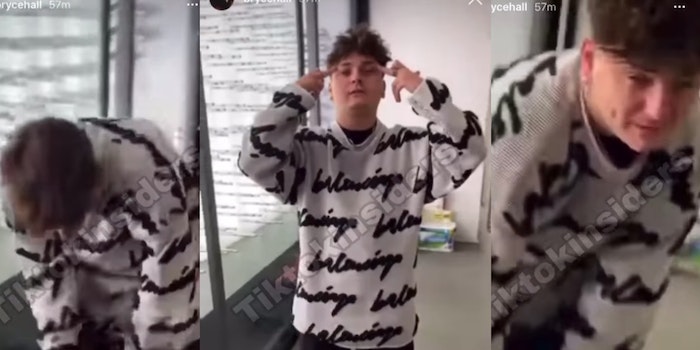 The video was uploaded to Bryce Hall's IG story.

Sway House member Nick Bean is receiving backlash following an allegedly racist video of him doing what appears to be the “fox eye.”