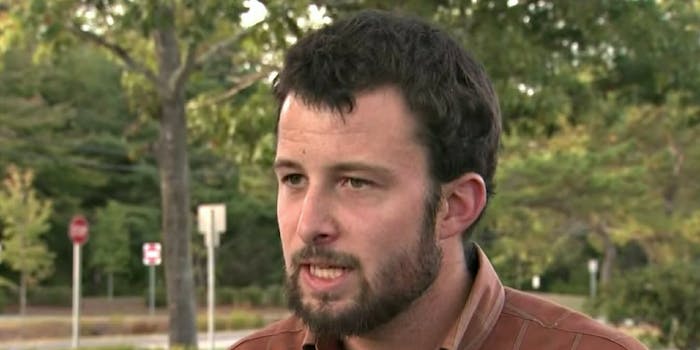 He allegedly threatened to physically harm the teen if he didn't have sex with him.

Rhode Island state Sen. Nicholas Kettle (R) has been charged with extorting sex from an underage student page in 2011.

According to the Providence Journal, Kettle pleaded not guilty to two counts of extortion on Monday. In a grand jury indictment that was unsealed that same day, Kettle, 27, is accused of threatening to injure the page and harm his reputation if he didn’t have sex with him in 2011, the year became the youngest senator in the state’s history.

The page, who remains anonymous, served from February 2011 to May 2012, according to the Associated Press. A spokesperson for the man said he “spent the last seven years coming to terms with what was done to him” and is “moving on,” now working as a music industry executive in Tennessee.

Kettle was separately charged on Friday with video voyeurism after he was said to have sent photos of a former girlfriend to a friend of his, and asked him how to take video of the two of them having sex without her noticing. Multiple lawmakers have called upon Kettle to resign.