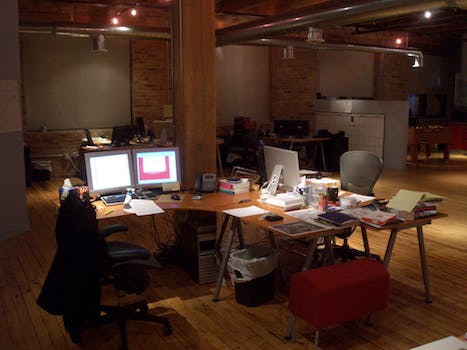 It could have all been prevented with the flip of a switch.

Watch any episode of Grey’s Anatomy and you’ll quickly learn that workplace affairs can be as scandalous as they are salacious. To keep your office tryst safe, it’s imperative to exercise discretion whenever possible. This New Zealand couple did not.

The employees of the Marsh Ltd insurance firm believed they finally had gotten a moment alone Friday night. But just because they were behind closed doors didn’t mean they were safe from prying gazes. The couple, who was more preoccupied with expressing passions than concealing them, failed to turn off the lights or lower the blinds and inadvertently gave the crowd at the bar across the quite the show.

Patrons of Carlton Bar and Eatery first became intrigued by the couple after seeing them kiss and once the hour-long sex romp began all attention was turned to the tryst. At one point even the band stopped playing so that the crowd could devote their full attention to the couple’s copulations. Leah Bates recounted details of the event to the New Zealand Herald.

They had absolutely no idea – it was brilliant. We went upstairs and watched from the balcony, and everyone was cheering — especially when he dropped her on the floor – twice. Everyone just lost it.

Bar goers broke out their phones to record the event and post the debauchery to social media where it instantly went viral. After gaining global attention, videos and photos of the event eventually made their way back to the office which launched an investigation into the matter.

Neither the man, who is believed to be a married senior executive with children, nor the woman, who is understood to be in her 20s and recently engaged, have made an appearance at work since the event. According to one report, the man’s wife learned of his after-hours work thanks to Facebook.  “She had no idea until she came across it on Facebook on Monday night. She’s in pieces and can’t even speak to him,” a source told The New Zealand Herald.

H/T The New Zealand Herald | Photo via dprevite/Flickr (CC BY 2.0)