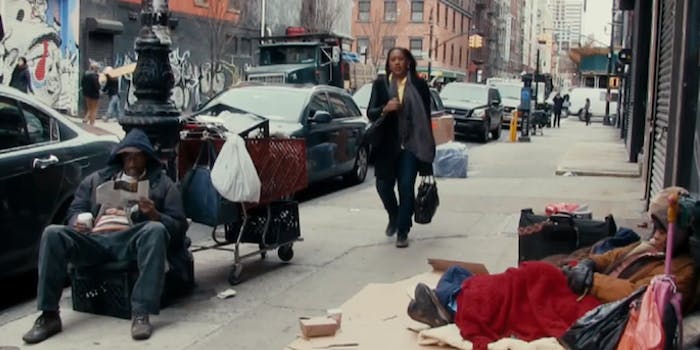 If your mother were homeless, would you recognize her on the street?

A social experiment highlights just how invisible the homeless have become.

Whether we like to admit it or not, we often avert our eyes when encountering homeless people on the street, or render them invisible to make ourselves feel better. But would we recognize our own family on the street?

New York City Rescue Mission’s “Make Them Visible” campaign strives to humanize the city’s homeless. To find out just how invisible they have become, they asked family members and spouses of several unsuspecting participants to pose as homeless citizens on the street, to see if their loved ones recognized or acknowledged them. The results are powerful, but it makes you wonder: Will you look twice now?