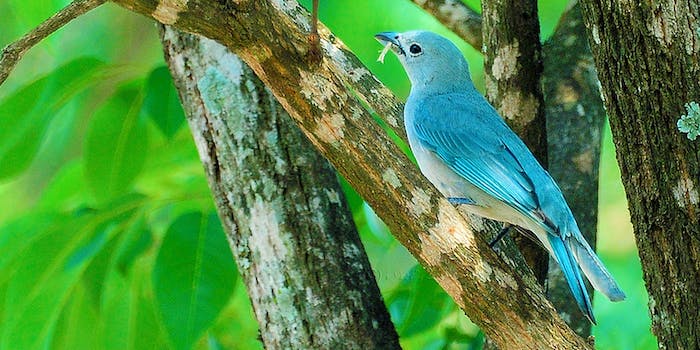 Twitter’s visual update is great for advertisers, problematic for users

The company moves into the visual territory staked out by competitors.

With its IPO on the horizon, Twitter announced an update Tuesday afternoon, designed to make the service appeal to more mainstream web users. The hope, no doubt, is to put the platform on equal footing with image-rich, addictively clickable rivals like Facebook and Tumblr.

The most striking change is the addition of visual previews for tweets that contain photos, videos, or Vines. Instead of blindly following links to an image or video, you’ll see it right there in your timeline.

Of course, this still doesn’t address the major advantage Tumblr still has over Twitter and Facebook: GIFs. The popular animated format is still not allowed on Twitter. Has no one learned anything from BuzzFeed?

You’ll also be able to favorite or retweet a tweet without leaving your timeline, saving valuable mouse or thumb movement. It’s all demonstrated in—what else?—a Vine:

The potential downsides are varied and amusing to consider. We could easily be bombarded by NSFW photos, absent some filter or blocking function. With the option to use images, advertisers might choke our feeds even further—and Twitter, which is still in search of a revenue model, could charge them for the privilege.

You can turn the preview feature off in Twitter’s iOS and Android apps, but not on Twitter’s website.

Although the changes are designed to appeal to a broader userbase, they’ve gotten the same reception as any other change to a familiar website: an outcry that the new version “sucks,” and pleas to go back to the old one. A Twitter search for “new Twitter”  turns up a lot of posts like this: 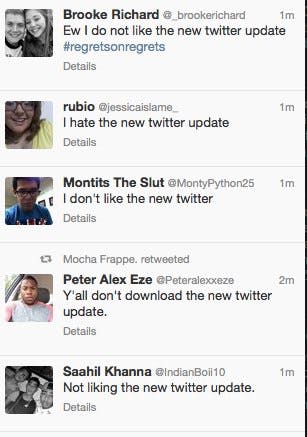 Then there’s Twitter’s general, weird exclusivity to contend with—as a subculture, it’s never been one for welcoming novices into the fold. That much is evident from snarky responses like these:

This Twitter photos thing is making me realize that most of you still use the web client. Weird.

Everyone moans about all the twitter updates. Just had a look. It is a bit shit. That’s probably why I still use tweetbot

In fact, 6 percent of people on Twitter use the web client, and over half use an official Twitter client. And with Twitter’s history of strict guidelines for third-party clients, ignoring the “New Twitter” may not remain an option forever.