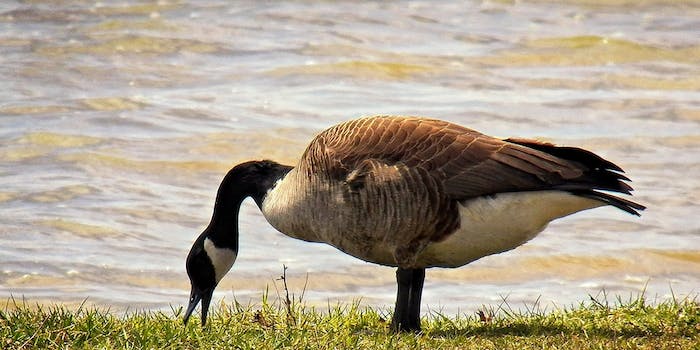 The video is difficult to watch.

A reminder: teenagers can be mean and nasty and brutal; teenagers with cars can be deadly.

Two high school students in Woodbridge, New Jersey, proved that last month by allegedly luring a number of Canada geese into a roadway and then recording a video of one of them running over the birds with a car. Then, the teenagers allegedly posted the video to Snapchat.

Here’s a short snippet of the video. For a longer version of the video, you can find it on NJ.com.

According to the newspaper, one of the teens was caught on the video saying, “You kill them, and I’ll shoot them with my phone.”

Here was the statement from the New Jersey Society to Prevent Cruelty to Animals, which worked with the local police department and the local animal control division to investigate the incident:

According to NJ.com, at least one goose was discovered dead around the corner from where it was hit, and the Ford Explorer that was used to run over the geese was found in a local high school’s parking lot with feathers still stuck in the front license plate, grill, and bumper.

A spokesman for the NJSPCA told the website that the case probably will be referred to family court where the teens likely will serve community service to go with psychological counseling.