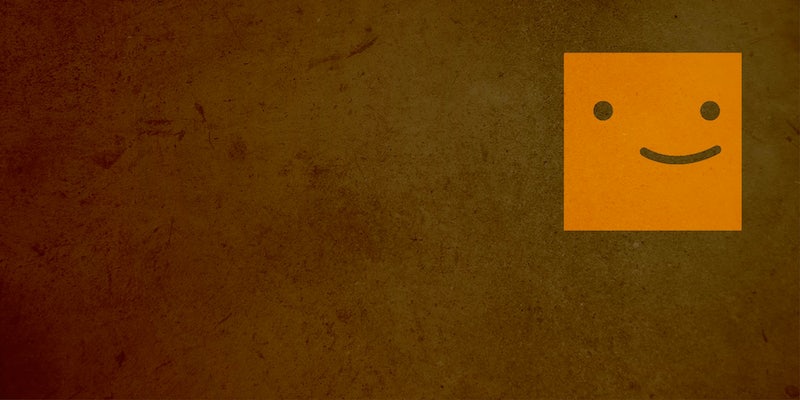 Valentine’s Day is only a little more than week away, and whether you’re planning an elaborate date with your long-term lover or a solo night celebrating single life, you’re likely to end your evening curled up with Netflix. The streaming service certainly has plenty of romantic viewing options, but have you ever considered what your viewing tastes and Netflix habits say about your love life?

Netflix has just released a new study detailing how couples use the site and how tastes can be a reflection of relationship happiness, Complex reports. The company conducted their research by asking users how their viewing habits have impacted their relationships, and the results are likely to ring true for many streaming enthusiasts. 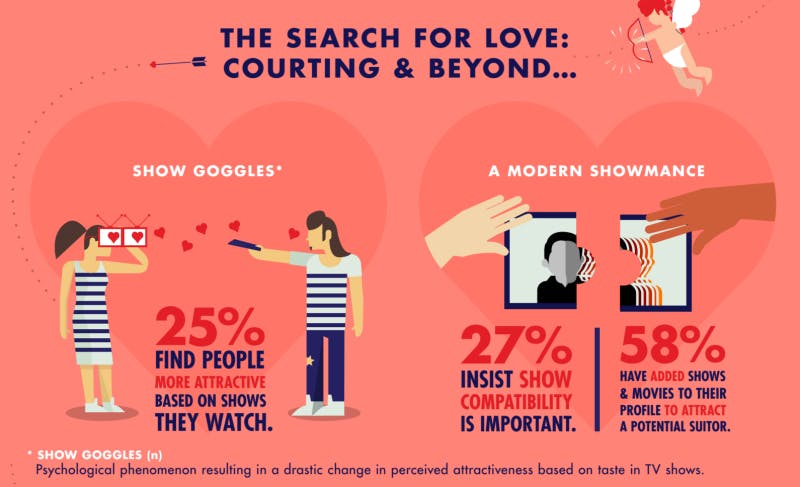 The study found that 25 percent of users are more attracted to potential partners if they like their taste in television. If your profile indicates your love of Unbreakable Kimmy Schmidt, The Office, House of Cards, or Breaking Bad, you’ll have particularly good luck attracting interested dates on Netflix.

Clearly, many have already figured out this strategy—58 percent of users admitted to adding shows and movies to their profiles specifically to appear more attractive to other eligible singles. 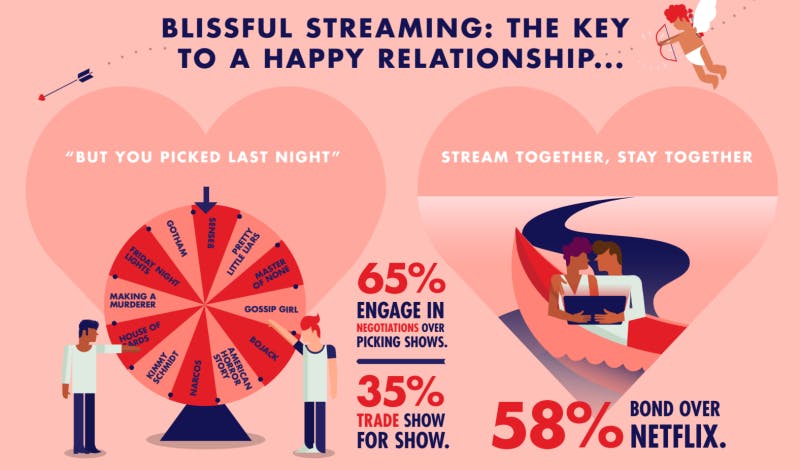 And once you’ve landed your dream bingeing buddy? Prepare to engage in some serious discussions. Sixty-five percent of couples who watch Netflix negotiate which shows they’re going to watch together, while 35 percent compromise with trade-offs. As for sharing those coveted account passwords? Fifty-one percent of users see that step as a sign of serious commitment. But some users (17 percent) want a ring on it before sharing their coveted password.

Think it’s creepy that Netflix is paying such close attention to how couples and singles use their service? Maybe, but it shouldn’t come as a shock—Netflix has long tracked everything about their members’ viewing habits. Last fall, for instance, the site released data proving how early viewers were hooked on binge-worthy shows like Breaking Bad and How I Met Your Mother. Facts like these may be interesting to pull out at cocktail parties, but they also serve a vital purpose for Netflix, a site that bases many of its programming and acquisition decisions on analytics. So don’t expect these studies to cease any time soon.

So, if you’re planning to invite that hottie from Tinder over to Netflix and Chill this Valentine’s Day, don’t be surprised if your date’s interest in you changes as soon as they peek at your Continue Watching list.