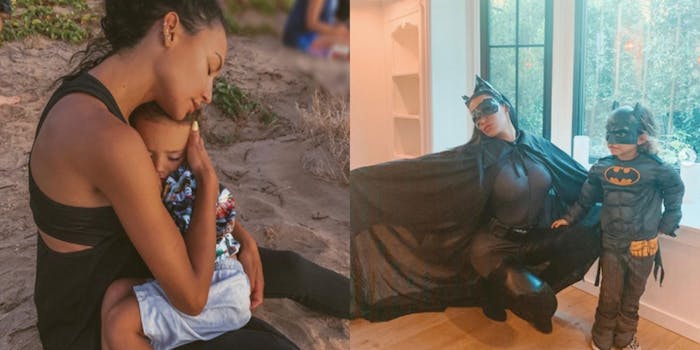 Her 4 year-old-son was found alone on a California lake.

Actress Naya Rivera was declared missing after her 4-year-old son was found alone on a boat in Lake Piru in Ventura County, California, officials told KTLA 5.

The county sheriff’s account tweeted that they were conducting a search for a possible drowning victim at 6:30pm PT on Wednesday. KTLA 5 said officials later confirmed the Rivera’s identity to them. The actress is best known for her role as Santana Lopez on Glee.

Officials say Rivera’s son, Josey, was adrift for around three hours before he was found unharmed at 6pm, wearing a lifejacket.

According to CBS Los Angeles, Rivera’s son said the two were swimming, but his mother never got back in the boat. Officials began searching the lake for Rivera with helicopters, drones, and dive teams.

The teams will continue searching for Rivera at first light, according to a 10:39pm PT tweet from the county sheriff’s account.

The sheriff’s department told KTLA there is no current evidence of foul play and it “may well be a case of drowning.”

Rivera’s disappearance follows the deaths of her Glee co-stars. Cory Monteith, who played Finn Hudson, died in 2013 of mixed drug toxicity. In 2018, Mark Salling, who played Noah “Puck” Puckerman, died by suicide months before he was scheduled to be sentenced for possession of child pornography.

Rivera tweeted a photo of her and her son on July 7 captioned “just the two of us.”