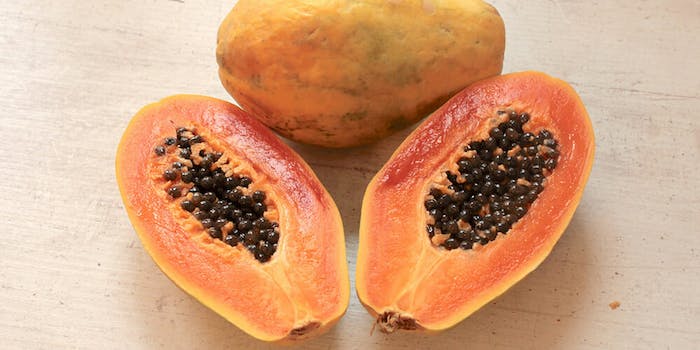 Eating papayas won't keep you from getting pregnant.

A Twitter post going viral Tuesday proves yet again that you can’t always believe everything you read online. Infographics posted by Twitter user Bria Badu, aka @MissBriaJanay, claim without evidence that “natural birth control options” like eating papayas and figs can keep you from getting pregnant.

Botanists and doctors said the information in the graphics is completely bogus, but that hasn’t stopped the tweet from accumulating nearly 17,000 likes and 6,500 retweets.

Worse still, the infographics appear to be plagiarized from a site called Home Remedy Hacks, which boasts several other dubious “hacks” like home remedies for ovarian cysts and gonorrhea. The original article, 22 Effective Home Remedies for Birth Control, cites zero sources to support its claims, save for a single 20-year-old article about papayas and pregnancy. This is despite the fact that some of the herbs it suggests as birth control substitutes are toxic to humans and have been known to cause severe side effects. It also claims, without evidence, that consumables like parsley, yams, and cinnamon naturally prevent pregnancy. Home Remedy Hacks did not respond to the Daily Dot’s request for comment.

Ethnobotanist James Wong called for the tweet to be taken down immediately to prevent the further spread of misinformation. “As a botanist I can tell you this tweet with 1000s of shares could result in the deaths of women,” he tweeted.

As a botanist I can tell you this tweet with 1000s of shares could result in the deaths of women.

It needs taking down, fast.https://t.co/IaQSnMjIrf

Neither Wong nor @MissBriaJanay immediately responded to the Daily Dot’s request for comment.

Dr. Nathaniel DeNicola of the American College of Obstetricians and Gynecologists similarly called the claims dangerous and misleading in a statement provided to the Daily Dot.

“There are a wide variety of contraceptive options available to meet the needs of women, so there is no reason to share misinformation about so-called natural contraceptives that either are not proven to be effective or, worse, are dangerous,” DeNicola said. “For example, pennyroyal is used in pesticides and should not be consumed at all.”

He added that patients who want to learn about additional birth control options should be looking to their OB/GYN instead of Twitter for answers. “Importantly, women should not get medical advice from unsubstantiated graphics on the internet,” DeNicola said.