Either that or the organization has had a very strange change of heart. National Organization for Marriage (NOM), a nonprofit organization with a strong stance against same-sex marriage, was hacked this morning.

Both the NOM site and its associated social-media accounts were affected. At press time, the only remnants of the hackers mischief was on the organization’s Twitter page.

The prankster(s) replaced NOM’s Twitter avatar to that of a rainbow flag and deleted all of NOM’s original tweets. In their place, the hijacked Twitter account proceeded to tweet out 12 messages over the course of 30 minutes supportive of the lesbian, gay, bisexual, and transgender (LGBT) community.

“NOM apologizes for its evil race-baiting past and pledges to work towards FULL civil equality for all LGBT Americans!” tweeted the hacked account, collecting more than 50 retweets.

No group has taken responsibility for the hack. 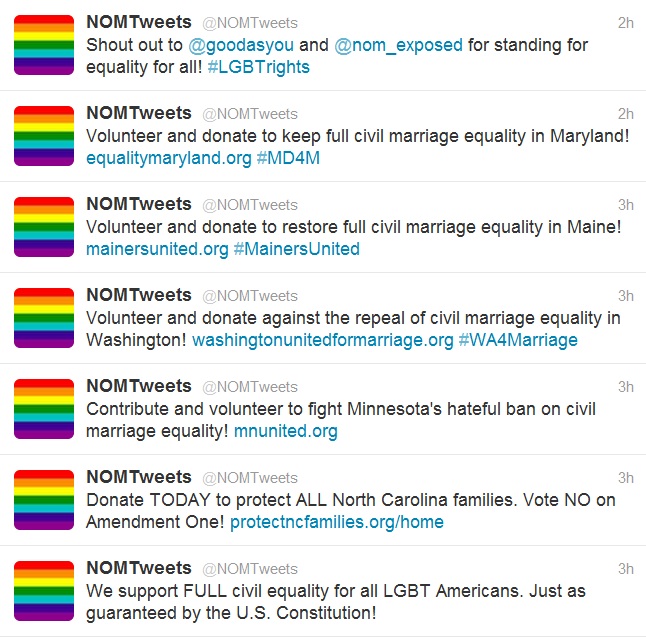