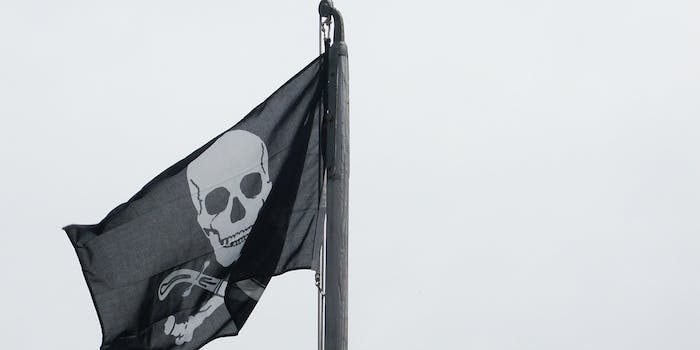 Meet the man who could ruin porn—or save it

But Glass, a longtime Star Wars nerd, would like to slightly amend that metaphor.

“I think it was Obi Wan who said: ‘Many of the truths we cling to depend on our point of view,’” Glass says. “Pirates might see me as Darth Vader, but my clients see me as Luke. I tend to think I’m the good guy, but it depends on your point of view.”

Whether you view Glass and other anti-piracy warriors as free speech squelchers or artists’ rights advocates, it’s tough to argue that he is anything but ardent in his opposition to online piracy: When I spoke with him earlier this month, he liberally tossed around terms like “thief,” “freeloader,” and “goon” in reference to those who pirate others’ work.

It’s also difficult to deny that Glass and his team are anything less than zealous: To date, the company says it has has removed more than 26 million copyright infringements from the Web, including tube videos, cyberlocker files, torrent files, and posts on sites like Twitter and Facebook. Last year, it was also listed as one of Google’s top 10 copyright infringement reporters worldwide, demanding the removal of 18.7 million links from the search engine’s index.

@support Your DMCA policy is a joke. Only report 1 tweet at a time? With pirate spammers tweeting 1000s of times/day. What a joke.

Although Glass and his team work with mainstream entertainment companies, their predominant focus is on the adult entertainment industry, which has been devastated by digital piracy in the form of uploads on popular tube sites. To those in the industry, Glass is nothing short of a hero.

“Pirates aren’t just stealing our property, they are stealing our entire business,” Christian Mann, the head of adult production company Evil Angel, said in a press release on TDP’s website. “For this purpose, we had to employ every means to combat the problem … Nate Glass’ relentless searching is unparalleled.  He ferrets them out.”

As a 15-year adult industry veteran, Glass is intimately familiar with the workings of the business, and with how piracy has affected the lives of the people who work in it. After entering the industry in his early twenties as a clerk at a porn video store in Dallas, Texas, Glass started working in sales and marketing for adult production studios. While traveling across the country to pitch to DVD stores, he realized that retailers were buying fewer movies. “They said everyone was getting everything for free online,” he recalls. “And part of my fee was commission-based, so I kinda saw, oh, that’s hurting my pay.”

“Back in the day, to pirate stuff you had to have a certain level of technical knowledge. You had to know where to go to get content, and it wasn’t as simple as just pushing the play button on a tube site,” he says. “But once the tube site model came around, all those people who didn’t know how to find those dark shadowy corners of the Internet, all of a sudden now it was right in your face and really simple and easy.”

The frequency with which pirates comply to the notices, Glass says, is “hit or miss.” Tube sites operate under the “safe harbor” provision of the DMCA, meaning they’re not responsible for the videos their users upload, but they’re required to respond to copyright infringement notices. That makes them far more likely to comply than torrent sites, or sites based in countries like China and the Ukraine, which are notorious safe havens for pirates.

“We have a pretty good idea of which sites are gonna comply and which sites we’re gonna have to escalate to their web hosts,” Glass says.

“There’s so much more out there, so it’s a much bigger chunk of the piracy problem,” Glass says.

The fact that Glass has devoted his career to fighting the spread of the most popular copyrighted content on the web means that he has his fair share of enemies. He regularly gets abusive messages on Facebook and Twitter, and once, while infiltrating a group that regularly uploaded copyrighted clips to tube sites, Glass saw a user had posted a death threat against him. “They figured out we were behind taking all of their stuff down, and it said, ‘We have to kill that son of a bitch,’” he says. “I figured it was keyboard warrior nonsense, but I didn’t want to get in the habit of ignoring death threats.”

Other free information advocates view Glass’s work not as harmful, but as ineffective. “I don’t really want to comment on Mr. Glass’s business specifically, but generally speaking DMCA takedown notices are not very effective,” says Ernesto, the editor-in-chief of TorrentFreak. “If people want to find certain files there are plenty of places they can go to. It may lower the visibility of some content in search engines such as Google, but it’s certainly not stopping piracy.”

While he says that Takedown Piracy’s work is a “net positive” for the adult industry as a whole, Alec Helmy, the president and publisher of industry trade publication Xbiz, agrees that sending DMCA requests is not necessarily the most effective means of preventing piracy. “I believe what Nate has done successfully is the mass removal of copyrighted content, but that’s not to say that the same content is not being uploaded by the same pirates, or a different group of pirates,” he says.

“We’ve kinda had to fight with them for years over simple things like implementing a repeat infringer policy, so we’re not reporting the same users over and over again,” says Glass. “They want to drag that out as much as possible.”

In recent years, however, the relationship between tube sites and adult film studios has gradually been evolving from one of out-and-out animosity to begrudging cooperation. Today, many adult production companies and content owners will display ad banners with their content on complying tube sites, in hopes it will effectively drive traffic to their pay sites. While it’s up for debate how profitable this actually is, Helmy says the fact that adult studios are developing working relationships with mainstream tube sites puts companies like Takedown Piracy in something of an awkward position.

“There are some signs that the mainstream tube sites, which are owned and operated by major corporations, are putting efforts in place to better prevent copyrighted content from being uploaded to their networks,” he says. “And a lot of these studios are utilizing these tube sites that had formerly been considered the enemies of the industry, and are using them to promote their content. So [Takedown Piracy is] kind of stuck in kind of a weird spot, because they’re trying to tackle areas of the business that the studios have a working relationship with, which makes it extra challenging to crack through that.”

Whether adult industry studios and tube sites have achieved a sort of tentative detente is difficult to say; what is clear, however, is that the adult industry has yet to recover from the blows it’s been dealt by piracy. The studios are losing money, performers’ salaries have shrunk to, in some cases, a mere few hundred dollars per scene, and there’s talk of the industry transitioning entirely from traditional pre-recorded content to more interactive fare, like live cams and custom-made clips, which are more difficult (but far from impossible) to pirate.

Glass is less cynical about the future of the adult industry, but he’s much less optimistic about the future of file-sharing in general. He thinks that at this point, convincing people to respect copyright and content ownership will require nothing less than a total shift in paradigm. “There are many legitimate reasons why people support piracy—that content is too expensive, that it’s not available in their home country—but I think they’re ultimately red herrings,” he says. “The real issue is that there’s an entitlement among people who believe that they should get everything for free, and they don’t really care unless it affects them.”

“The problem is, we’ve only shown them the fantasy. It’s all [adult performers] Jesse Jane and Manuel Ferrara and that’s all we ever show,” he says. “We never pull back the curtain, but I feel like people need to know that when you’re cutting into these companies’ profits, the first people who are gonna get the axe are the middle-income people who work in the warehouse, the people doing the accounting, who pick their kids up from soccer and work just like everyone else.

“I know it sounds sappy,” he concluded, “but if we could get that message out there…I don’t know. I think people would think twice about pirating.”